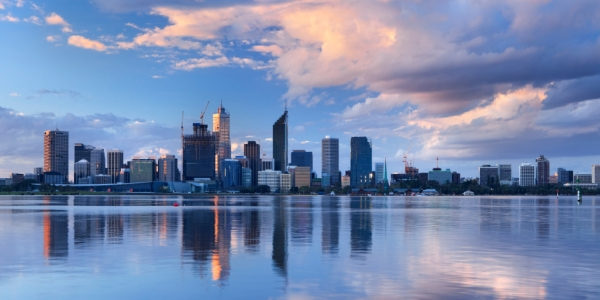 Perth, the capital of Western Australia, claims to be the world’s most remote city. With the vast Indian Ocean to the west, almost the entire uninhabited Australian continent on the north and west, and the Southern Ocean and Antarctica to the south, it certainly feels isolated. But regardless of its remoteness, Perth and its suburbs are a vibrant and lively place and a destination worth discovering.

The following are my personal favourites from the long list of things to do in Perth.

This city park is in a stunning location overlooking both the Swan River and the Perth skyline. In the 400 hectares of parkland are numerous pathways, a walk among the treetops on an elevated bridge and extensive botanical gardens.

Restaurants, coffee shops and bars are dotted among the trees and there are playgrounds for the kids. You could spend a whole day as a family here and still not cover everything.

The elegant black swans are not the only things making use of the relaxed waters of the Swan River. The river flows through Perth as part of the city scene where you can take a boat trip from a number of places. You can cycle or walk along the riverside trails in the Sir James Mitchell Park on the south bank. A night cruise or an evening stroll gives a whole different perspective of the city.

This is Perth’s latest waterfront development. There is something for everyone here including a farmer’s market, a fantastic playground for children and restaurants and bars. It’s a great place for a stroll especially in the evening when everything is lit up in a rainbow array of coloured lights.
There are often festivals and concerts staged here too.

This riverside structure claims to be the largest musical instrument in the world. The bells were originally for St Martin’s-in-the-field, London. Discover how they ended up in Western Australia at the exhibition. There is also an open-air observation deck with a view of the city and the Swan River.

For those wanting to see Australia’s birds and animals, the Cavendish Wildlife Park is worth a visit. Here you can have close encounters with much of Australia’s unique wildlife. There are fewer visitors here than Perth Zoo and as a result, the experience is much more relaxed. All the known Australian animals such as kangaroos, koalas, wallabies and wombats can all be seen at Cavendish.

Fremantle, also known as ‘Freo’ by the locals, is only a short distance from Perth centre. Grab a coffee on Fremantle’s ‘Cappuccino Strip’ before wandering through the maze of streets filled with Georgian and Victorian-era architecture. Here you will find independent boutiques and craft shops. Explore local galleries whether it is Aboriginal art or more avant-garde style you are drawn to. Shop in the aforementioned streets or head to Fremantle Market or the E-Shed Markets.

Fremantle’s heritage Fishing Boat Harbour has been operating since 1900 and is one of the best preserved port streetscapes in the world. There’s plenty of seafood eateries here for a bite to eat before visiting the Maritime Museum and Fremantle Prison.

The beaches of the Sunset Coast

The northern suburbs of Perth stretch along what has become known as the Sunset Coast. It has been christened with the name simply because it faces west where the sun sets in all its glory. This coast also boasts long stretches of sandy beaches, a small marine reserve with a marina and aquarium.

Very popular is the beach at Cottesloe which is backed by a shady grassed area. Every year the beach hosts the Sculptures by the Sea. This is a free exhibition on the beach, of giant sculptures by invited international and Australian artists. Further north there are other beaches, some more developed than others. The long beach of white sand at Scarborough is particularly popular, especially with surfers.

If visiting any of the beaches along this stretch of coast go in the morning. Around noon the ‘Fremantle Doctor’ arrives. This is the local term for the cooling wind that arrives daily in the summer and brings cooling relief from the high summer temperatures. However, being a very stiff breeze it makes relaxing on the beach a very unpleasant experience. Most people return to the beach in the late afternoon when the breeze dies down to enjoy the sunset.

A few kilometres offshore is Rottnest Island. This popular island is crisscrossed with hiking and walking trails, two underwater snorkelling trails and an abundance of wildlife and marine life. There are many pristine beaches with plenty of opportunities for a variety of watersports.

There is a great deal more to discover in and around Perth and it also makes an ideal base to explore further afield. You can head south to Albany on Australia’s southern tip or north to Coral Bay and the Ningaloo Reef.