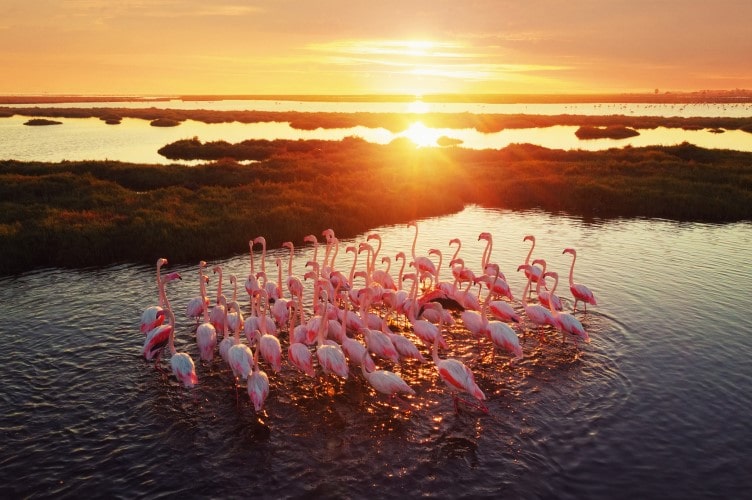 Wildlife holidays are in big demand these days.

Thankfully, not all trips demand the ability to trek for hours on end. No matter what wildlife you want to see, there’s usually a way to tick it off the bucket list that suits you. You can book yourself onto a challenging expedition, leisurely explore in 5-star luxury, and just about everything in between.

So, whatever your style, we’ve put together some of the best wildlife holidays for you to book around the world in 2022. Keep reading to get inspired. 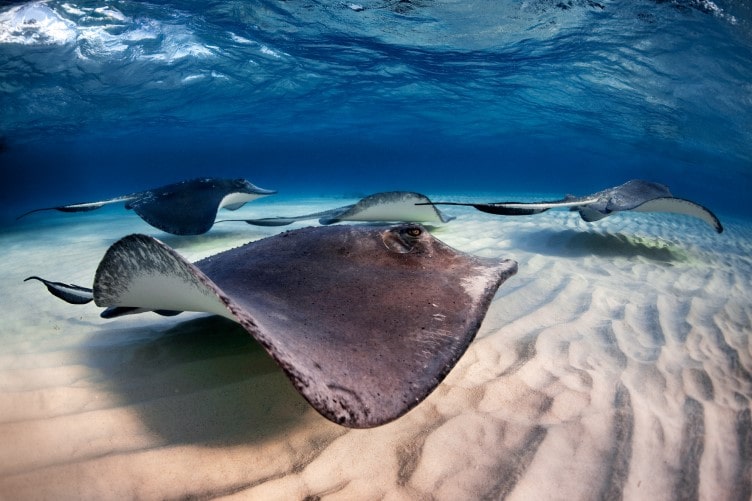 Most people think the Caribbean’s wildlife spectaculars are found only beneath the waves. But with more than 7,000 islands, islets, cays, and reefs stretching over 2,500 miles, there’s just as much life on land.

In Cuba and Hispaniola in particular, you’ll find parrots, pelicans and frigatebirds. And if you’re up to a challenge, some islands, like St Lucia, offer wildlife hikes deep into the rainforest for a chance to spot some of the lesser-seen exotic birds and reptiles.

Most visitors are drawn to snorkelling and diving in magical places such as the Tobago Cays. The coral life here is stunning. There’s also the chance to swim with turtles and alongside incredible shoals of fish that lazily split in half to allow you through. The experience is truly unforgettable.

The ultimate wildlife experience here is to get up and close with the Cayman Islands giant stingrays. Wade out in the shallow waters and these majestic creatures will swim to greet you at your feet.

Australasia, one of the newer, major wildlife destinations, is home to dense jungle, high mountain ranges, and arid deserts, but it’s the marine life that really stands out on this continent.

The coastal scenery of New Zealand is simply stunning, with the waters around here home to sperm whales, New Zealand fur seals, and Hector’s dolphins – the world’s smallest and rarest marine dolphin.

The Great Barrier Reef remains a popular bucket-list destination. Its staggeringly beautiful coral reefs can be viewed from a glass-bottom boat or while diving and snorkelling.

On Australia’s northwest coast you’ll find ’The Kimberley’, one of the world’s most precious wilderness regions, covering hundreds of thousands of square kilometres. Plan a visit after the wet season to spot estuarine crocodiles, short-eared rock wallaby and the eastern osprey.

When river cruising along the Murray River in South Australia, look out for everything from kookaburras to kangaroos. For the prehistoric crocodile, or ‘salties’ as locals call them, head north to the salt waters in and around Queensland.

Bird-spotting on holiday in the Seychelles

Giant tortoises are not only found in the Galapagos, there’s also a sizable population in the Seychelles. Turtles are also a common sight on some of the islands too.

The archipelago is home to thousands of species of birds, among them is the fairy tern, often referred to as the world’s most beautiful bird. The bird is easily spotted on one of the many day trips that go to the nature reserves on the islands.

Keep your eyes on the sky and you may spot a giant golden-crowned flying fox, a large fruit bat that soars above the forest canopy.

Last but far from least is the Seychelles Frog. A species endemic to the Seychelles, it’s one of the smallest in the world, with the adults growing to less than a centimetre in length! 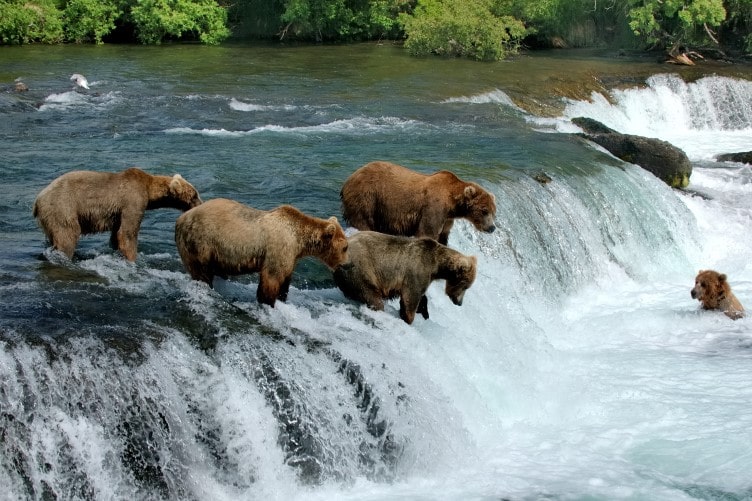 It would be impossible to think of Alaska without mentioning the magnificent humpbacks and orcas that roam the coastal waters. Then there are the brown bears – feeding on the migrating salmon as they try to leap the shallow waterfalls of the state’s mighty rivers.

Bald and golden eagles are a very common sight here, and there’s always the opportunity to see the occasional moose, fox or porcupine.

The most memorable aspect of any Alaskan cruise has to be the fjords and glaciers where you can expect to see pods of dolphins and seals going about their daily lives.

The wildlife tours of India

If you thought big cats were restricted to Africa, think again. There are over 50 tiger reserves in India and visiting them is one of the big wildlife tourism attractions. You’ll also find the only population of lions living in the wild outside of Africa, with more than 2,000 living in the Gir National Park and the surrounding areas in the state of Gujarat.

Since the Indian elephant population is under intense pressure, there are now ethical tourist-oriented sites that focus on interaction with elephants where the animals are not mistreated. You can visit one of the many rehabilitation centres that have been set up for the conservation and wellbeing of the animals.

India is also a birdwatcher’s paradise, with over 1,250 species recorded in the country. Some of the most beautiful species you might catch sight of include the sarus crane, Mrs Gould’s sunbird, and the Indian seafowl. 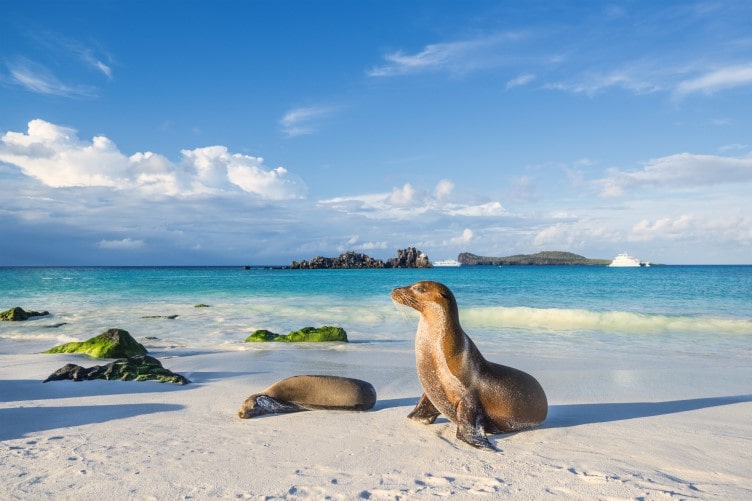 The wildlife to see in the Galapagos

The Galapagos Islands are famed for being the ultimate wildlife experience. The islands are so isolated that more than 1,900 of their creatures cannot be found anywhere else on the planet.

Its particularly long visitor season means each month throughout the year brings fresh nature watching opportunities. So, you can decide what you’d like to see before you book your trip.

There are many ways to tour the island. Stay on board a cruise ship, or choose a small luxury boat like a luxury catamaran or yacht for a more intimate experience. Others prefer to stay on the main island and see the sights on daily excursions.

Resident giant tortoises, flightless cormorants and black marine iguanas can be found all year round, but if it’s whale sharks you seek you’ll need to visit between July and October. A particular highlight in January and February is watching the pacific green sea turtles pull themselves a short to lay their eggs. Their babies hatch some two months later.

You can even go snorkelling in the Galapagos! Experience the once-in-a-life opportunity to swim alongside shoals of incredibly colourful fish among the rocks and reefs. From the boat, keep an eye out for penguins that hurtle by and sea lions that come to visit.

An adventure to wild Antarctica

The Antarctic includes the Falkland Islands, South Georgia, the South Shetland, Orkney, the Sandwich Islands and the cluster of islands just south of New Zealand. This region has the highest diversity and abundance of seabirds found anywhere in the world, some of which exist nowhere else.

South Georgia is an unforgettable experience with its stunning rookery of tens of thousands of King Penguins that will take your breath away.

The smaller, lesser-known islands of the Weddell Sea are home to the world’s most southerly songbirds and offer the chance to see species such as the snowy sheathbill.

The big draw here, of course, are the penguins that are found all over the continent. From emperors to rockhoppers, rookeries sometimes hold tens of thousands of the aquatic flightless birds.

In the Antarctic wilderness, you’ll find leopard seals and elephant seals seeking refuge from circling orcas on the beaches, all while wandering albatross soar above.

The biodiverse wildlife in Central and South America

New World monkeys, macaws, and rare butterflies are always high on the list of reasons for visiting the Panama Canal region.

Nowadays there are so many different ways to delve deep into the heartland of the continent. Camp in the rainforest and walk among the canopy, or take a cruise in small boat luxury along the Amazon headwaters. You may be surprised at how accessible a trip into the jungle can be!

Costa Rica is another country emerging as an excellent choice for a wildlife holiday. Teaming with over 500,000 species, which represents around 4% of the total known species worldwide, making it one of the 20 countries with the highest biodiversity in the world.

Local summer is the best time to visit Chile and Patagonia. You can find rich populations of small endemic dolphins as well as beaked whales, rorquals, sperm whales, orcas and blue whales. 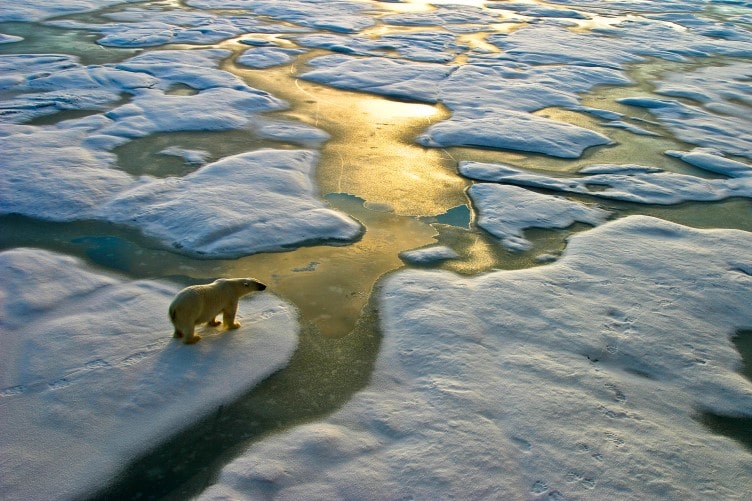 Animals of the Arctic summer

The Arctic includes Iceland, Greenland, Canada, and the jewel in the wildlife-holiday crown, Spitsbergen, the polar bear capital of the Arctic. And it’s during the short summer season that this region is brimming with wildlife.

Polar bears and walrus rule the Arctic. But, white-beaked dolphins, minke whales, and seals are still very common. Blue-phase fulmar, muskox, reindeer, Arctic hare, and Arctic foxes are some of the big names to look out for on land.

Iceland is renowned for its whale watching, with both blue whales and humpbacks in abundance during the season. Just an hour north-west of Andenes, Norway is Bleik Canyon, part of the continental shelf and home to a rich supply of deepwater squid, cuttlefish, and plankton – the staple diet of the sperm whale that are found here.