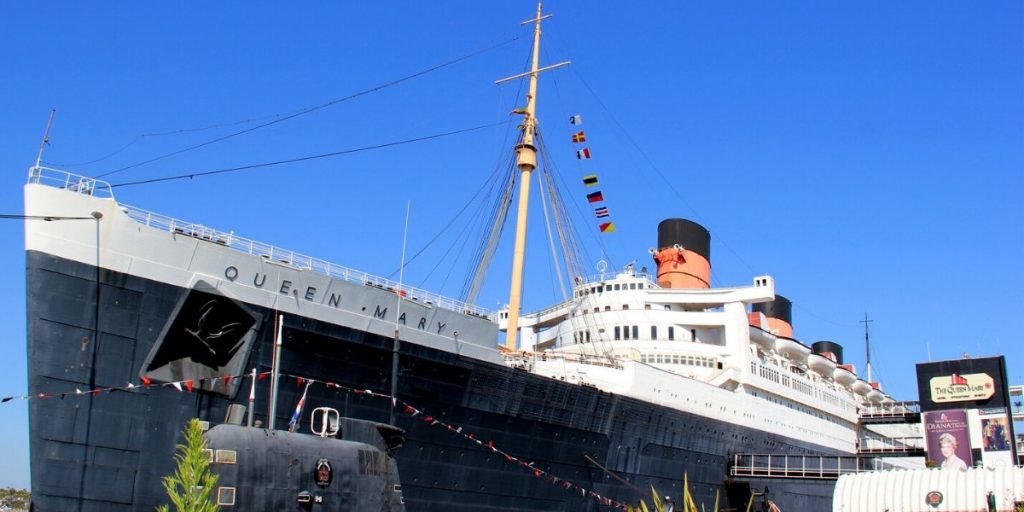 There are times, especially after a transatlantic flight, when you long to start your holiday in a stately fashion. If you’ve just flown into LA, then a stay on the Queen Mary in Long Beach is the perfect way to acclimatise.

Once on board you’ll feel you’ve been transported back to 1930s England. However, a glance from your cabin porthole across to Long Beach and you’ll soon be reminded you‘re in 21st century California.

Since her maiden voyage in 1936, the Queen Mary has become a maritime legend. Purchased by Long Beach when she retired in 1967, she is its icon.

Still very glamorous, many of her original art-deco features remain, even the cabins still retain the polished wood panelling and curved cabinetry.

She’s now a hotel and popular events venue. There’s always a lot going on; take the Glory Days tour and hear how she carried the rich and famous, including Edward and Mrs Simpson, Winston Churchill, David Niven and Laurel and Hardy. The Ghosts and Legends Walk is also very popular.

See if you can time your visit to indulge in the famous all-you-can-eat Champagne Sunday Brunch. Sit in the gorgeous Grand Salon, where first-class passengers dined, and tuck into delicious dishes from all over the world.

Long Beach is one of the quieter suburbs of LA. It’s fronted by five and a half miles of white sand that stretch gorgeously from Belmont Shore to Naples. Go for a walk on the beach, hire a bike or just sit back, relax and take in the views.

Take a boat trip around the harbour and hear about its history. You’ll see sea lions playing and it’s a great vantage point for views of the Queen Mary. She’s still looking stylish, and almost petite in comparison with the modern ships moored nearby.

Head north to Monterey Bay. Underneath the blue waters is a region of canyons so deep they are comparable to Arizona’s Grand Canyon; which makes it the perfect location for the Monterey Bay Aquarium.

The Aquarium is committed to the conservation of the ocean. Exhibits include adorable mammals such as otters, sea lions and penguins, a kelp forest that grows about four inches a day and jellyfish that look like they’re from another planet.

In the Open Sea exhibit you’ll see a swirling mass of sardines. The Bay was once rich with this ‘silver harvest’ which was over-fished to the point of extinction; this sad, predictable tale is the first story told.

Monterey’s main street is lined with places to eat. The street was once known as Ocean View Avenue, but was renamed Cannery Row after John Steinbeck’s book of the same name.

Author, John Steinbeck, was born nearby in the town of Salinas in 1902. Pick up his story in the National Steinbeck Centre. His most famous book is perhaps The Grapes of Wrath which was made into the 1940 film starring Henry Fonda. Read Steinbeck’s quotes displayed around the centre; they’re so beautifully written they can take your breath away – many seem as thought-provoking and relevant now as they were then.

If you get hungry, pop into the nearby Steinbeck House where he was born and raised. The beautiful Queen Anne-style Victorian house is a restaurant now which serves ‘American cuisine.’

Carmel by the Sea

Pay a visit to Carmel by the Sea where Clint Eastwood was once the town’s mayor and a permit is needed for wearing high-heels – honestly! It’s a pleasant town, good for walking, with tucked away courtyards, hidden pathways and independent shops.

Seek out the Cypress Inn. Even if you don’t stay, it’s worth popping in for lunch or just a drink in the bar. Spanish colonial in style, it was part-owned by the legendary Doris Day who sadly passed away in 2019.

She was also an animal activist and the hotel is known as the ‘pet friendliest inn in the pet friendliest town’ dogs are welcome, there’s even a ‘Yappy Hour’!

There are photos of Doris and posters of her movies everywhere. Her films play on a loop on TVs all over the hotel. It’s impossible not to get drawn in; her smile and her songs are so heart warming, it’s almost like being cocooned in one of her movies.

If you’re off to the States, don’t forget your USA travel insurance, so you can relax on holiday knowing you’re well protected if the unexpected crops up. 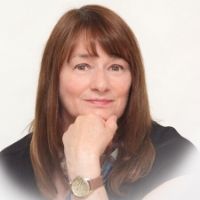 Tina Ediss has been working as a freelance travel writer for about 25 years. Based in the south of England, she has a special interest in all things historic. She has travelled widely in the United States and is as happy staying in log cabins as she is in the fanciest hotels. She loves tales of the old Wild West and eating in “Ma and Pa” diners where she could happily eavesdrop for hours!