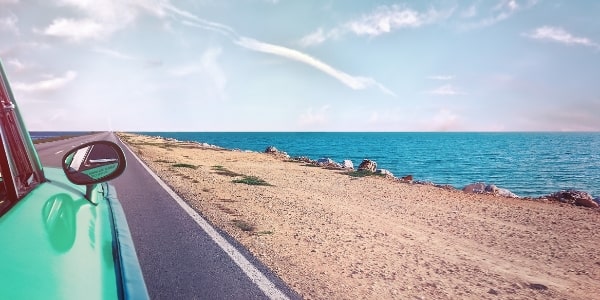 Looking for somewhere a little different to explore next year? If you’re bored of all the most popular European destinations, consider going a little off the beaten track in 2019.

Recently, Novi Sad was ranked in third place on the Lonely Planet’s list of the best cities to visit in 2019. Yet very few people have even heard of it! Set to be the 2019 European Youth Capital, Novi Sad is hosting a plethora of cultural events next year.

Throw in a thriving alternative-culture scene emerging in Chinatown, an elegant historic centre, and a fascinatingly unique food scene – and you have a host of reasons to consider Novi Sad for 2019.

How to Get There: Air Serbia flies direct from Heathrow to Belgrade every day, which is an hour’s drive from Novi Sad. Flight time two hours and 40 minutes.

Last year, Vilnius made the Lonely Planet’s Best in Europe list and it’s easy to see why. A small, pretty city filled with pastel-coloured baroque architecture, Vilnius is a joy to explore.

From the rich food scene (don’t miss the Open Kitchen street food market on summer weekends), to the leafy riverside walks that make you forget you’re in a city, there’s a lot going on. Be sure to visit the bohemian break-away republic of Užupis while you’re in town!

How to Get There: Both Ryanair and Wizz Air run several direct flights a day from London Luton and London Stansted. Flight time 2 hours 40 minutes.

A tiny city built on top of a rocky outcrop in Southern Italy, Matera is set to be one of the 2019 European Capitals of Culture. Which means now is the time to visit this often-overlooked little gem.

Matera is known for its preserved cave dwellings, the Sassi di Matera. These were homes built inside caves in the very rock Matera stands on. Not only can you still explore some today, you can even stay in one at several incredible cave hotels.

How to Get There: The closest airport to Matera is Bari, which can easily be reached direct from several London airports. From Bari it is an hour’s drive or two hours by public transport to reach Matera. Flight time to Bari is 2 hours 45 minutes.

The second European Capital of Culture in 2019 is Plovdiv. A huge programme of events will be running throughout the year, celebrating the unique culture of this region of Bulgaria. If that’s all a bit too contemporary for you, perhaps the fact the Plovdiv is the sixth oldest city in the world will entice you to visit!

There are numerous ancient remains to explore, including a Roman amphitheatre and aqueduct, and Ottoman baths.

How to Get There: Ryanair run three flights a week from London Stansted to Plovdiv. Flight time 3 hours and 15 minutes.

One of the oldest cities in Western Europe, Cadiz is all often overlooked in favour of Spain’s more famous cities. But this vibrant, historic city has plenty to entice tourists. There’s an incredible food scene, and like every part of Spain Cadiz has some unique regional specialities for you to try. Plus, this city is on the coast, and is right next to some stunning beaches.

How to Get There: The most direct route is to fly with Ryanair from London Stansted to Jerez, which is just half an hour from Cadiz by car.

Another coastal city, Thessaloniki is somewhat overshadowed by Athens and the tempting Greek islands. But it’s a fascinating city filled with history, culture, and interesting sites, not to mention the stunning beaches within easy reach.

Thessaloniki is also one of the best foodie cities in Europe, with a cuisine that combines Greek and Turkish elements thanks to the city’s long period under Ottoman rule.

How to Get There: There are several flights a week out of London Stansted and Gatwick, direct to Thessaloniki. Flight time is 3 hours and 15 minutes.

If you’re looking for somewhere closer to home, Scotland is always a good idea for a mini-break. But while places like Edinburgh and the Highlands draw huge numbers of tourists, smaller cities like Dundee are perfect for getting off the beaten path.

Named one of the top twelve places to live in Britain, Dundee is a friendly city with a quirky art scene and some top-notch food to discover.

How to Get There: Loganair fly direct from London Stansted to Dundee Airport 5 times a week. Flight time is 1 hour and 45 minutes. For more choice of flight times, you can fly to Edinburgh and take the train to Dundee – which takes just over an hour.