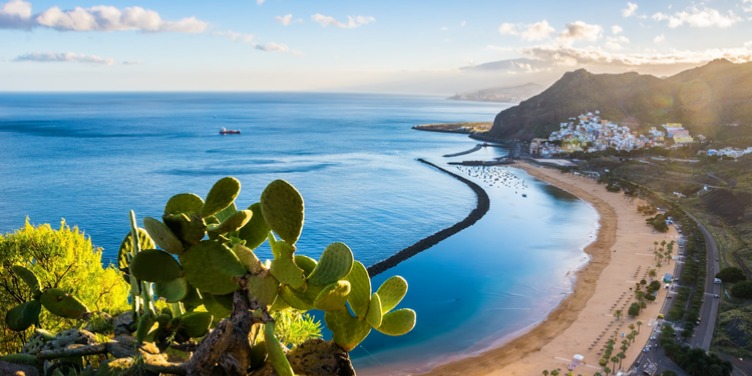 Tenerife’s climate and landscape make the Spanish island an attractive year-round destination for active holidays. The largest of the Canary Islands is ideal for both fly-and-flop sunshine getaways and activity-based holidays.

Winter sunshine and temperate summer weather give Tenerife the nickname ‘the island of eternal spring’. That climate explains why it’s perfect for activities both on land and at sea.

I’ve visited Tenerife several times and rate it highly for hiking, cycling and water-based activities. Each of my suggestions for top outdoor activities in Tenerife is given a rating, between one and five stars, according to how challenging it is.

★☆☆☆☆ Easy-going, generally good for people of all fitness levels
★★★★★ Suitable for experienced adventure-goers, with a high level of fitness 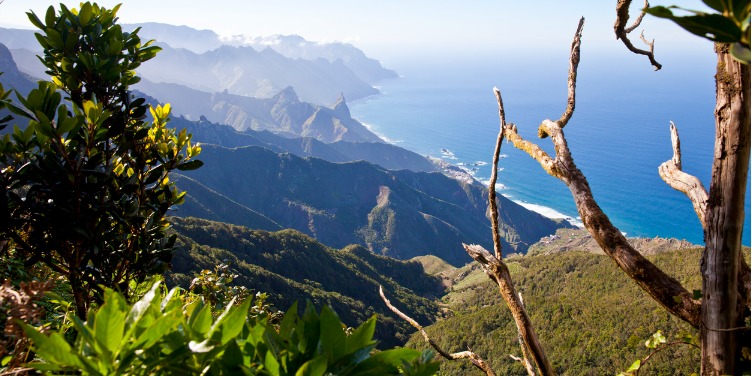 Hiking is one of the top outdoor activities in Tenerife thanks to the island’s remarkable landscapes – the range of biospheres offering a variety of walking routes and experiences. Ultimately, there’s something for people of all ability levels.

You’ll need a permit, good fitness and sturdy footwear if you want to trek to Mount Teide. Rising to almost 3,718 metres above sea level, Spain’s highest peak offers views over a rock-strewn and crater-pocked volcanic landscape that is likened to the surface of the moon. The European Space Agency even tested the planetary rover sent to Mars in Teide National Park!

Don’t underestimate the physical challenge posed by hiking at altitude. There is a cable car that carries visitors to a station 3,555 metres above sea level, but the hike itself is a challenging one.

The lush laurel forest of Anaga Country Park on Tenerife’s northeast tip offers a far greener landscape than Teide National Park. Trails snake alongside ravines and through traditional villages with rustic homes. Stride across black volcanic sand and step into the sea at Taganana to relieve your calves after meandering downhill.

The undulating and moderately difficult footpaths of Anaga tend to become slippery in wet weather, so are best walked on fine days. Packing walking poles can prove worthwhile to protect knees and ankles during the descent to the coast. 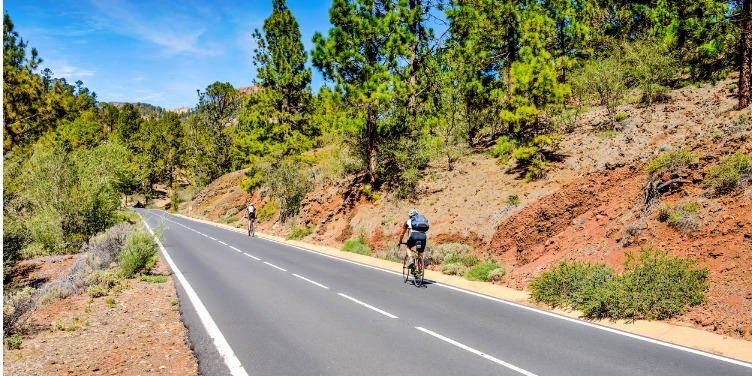 Tenerife offers much to cyclists of all ages, experience and levels of fitness.

There are more relaxing options and e-bikes for hire. In recent years, Tenerife has even become a highly-rated training base for professional cyclists.

Simply hiring a bicycle for a leisurely ride along the coast can prove fun. From the southern town of El Médano, you have the option of heading north towards the lower reaches of Teide National Park.

This is one of the more relaxed bike rides, but you still have the option to pause at a café to take in the scenery without the exertion.

Of course, you don’t necessarily have to pull on Lycra and endure the calf-biting climb up the TF-21, the twisting road that leads towards Teide National Park, to enjoy a day in the saddle. But the option is there for more enthusiastic cyclists.

The heady scent of pine and, further up, dramatic mountain views are two rewards for pedalling through Vilaflor, the island’s highest village. Be warned, all but the fittest cyclists would be better experiencing the steep inclines of the TF-21 in a car or bus.

As an alternative to renting a mountain or road bike, consider the benefit of using an electric bike. E-bikes are worth hiring if you’re uncertain about your stamina and level of fitness. 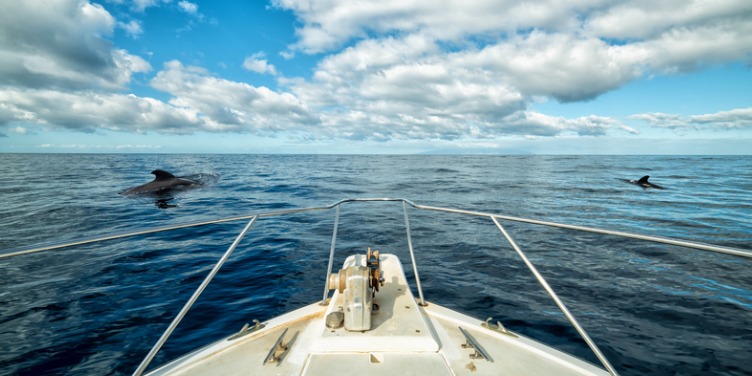 Whether you prefer staying out of the water and enjoying the wildlife or getting more involved, the Tenerifian waters are rife with activities all year-round.

Swimming with whales and dolphins

Whales and dolphins swim around the Canary Islands throughout the year. As many as 21 species can be spotted.

Whale and dolphin watching cruises set sail from Puerto Colón, on the Costa Adeje. They offer opportunities to see resident short-finned pilot whales and bottlenose dolphins in coastal waters. Seasonal visitors to the island’s waters include sei and sperm whales. Lucky spotters might even see blue whales, the giants of the sea.

Pull on your swimwear before boarding so that you can lower yourself into the sea and swim while the boat idles in one of Tenerife’s many bays. Bring a mask and snorkel to view marine wildlife below the water’s surface.

The North Atlantic’s unpredictable swell can make heading out to sea uncomfortable. If you’re prone to seasickness, remember to take medication. 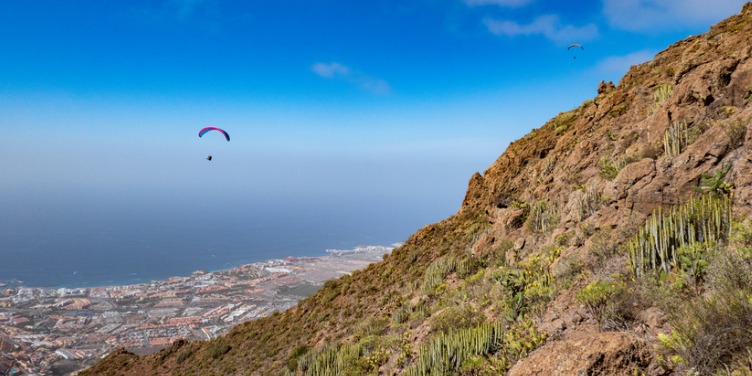 Keen to tick adventure activities off your bucket list? Tenerife presents plenty of opportunities to do that while having fun. Canyoning, caving and climbing count among the options open to people with good general fitness.

Look up from the beach and you’ll see people paragliding. It’s not only thrilling, paragliding is a great way of enjoying incredible aerial views of the island.

Paragliding is undoubtedly one of the most adventurous things to do in Tenerife. Perhaps surprisingly, it’s also one of the more serene activities too.

Even absolute beginners can take part. Book yourself a tandem jump, and take flight with an instructor who will control the descent. Flights typically last between 15 and 40 minutes, depending on the thermals, which can send you soaring upwards before gradually spiralling back towards land.

Don’t be overly concerned if you suffer from a fear of heights. The moments before take-off are nerve-racking but the views once you’re airborne are an exhilarating reward for settling into the experience. It’s a truly beautiful way to view the Tenerifian coastline. 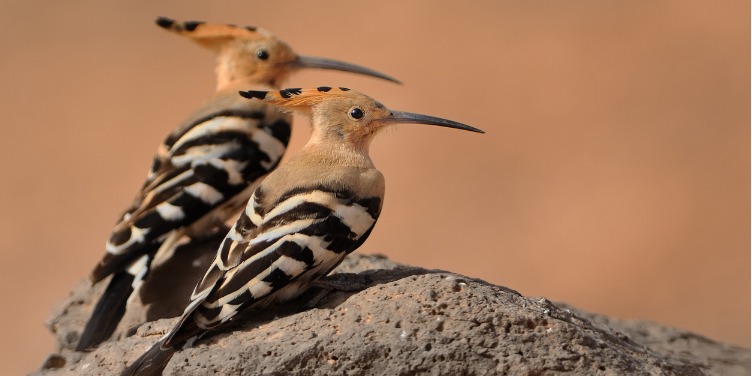 Of course, holidays are primarily about relaxation. It’s rewarding to slow down, appreciate nature and recentre. Depending on your interests and levels of experience, you may enjoy participating in activities such as birdwatching, golf and yoga.

A destination for birdwatching

Pack your binoculars so that you can observe Tenerife’s endemic birdlife and seasonal visitors. The island is regarded as a birdwatcher’s paradise because of its variety of species.

As you might anticipate, this group of islands is home to yellow-green Atlantic canaries flitting between trees. Head to upland areas to view the rare Tenerife blue chaffinch feeding on pine seeds.

One of the best places to view laurel pigeons, another endemic species, is the dense woodland of the Monte del Agua Nature Reserve. Even if you’re not a keen birder it can be rewarding to pack a picnic and traverse trails in Teno Rural Park while staying alert for activity up in the trees.

The dramatic cliffs at Los Gigantes provide habitat to Barbary falcons and nesting sites for ospreys. Boat tours are the best way to view wildlife among the sheer basalt towering over 500 metres above the surface of the Atlantic.

Enjoy taking golfing while on holiday? Tenerife is dotted with beautifully designed golf courses. The majority are concentrated in the south of the island, including Golf Las Americas and Golf Costa Adeje.

Up in the north, the Real Club de Golf de Tenerife is one of the longest established courses in all of Spain. Playing a round puts you close to the UNESCO-designated city of San Cristóbal de la Laguna. Planned on a grid, it provided the model for Spain’s colonial settlements in Latin America and has plenty of spots for post-round refreshments.

Not a golfer but want to learn how to play? The Abama Golf Academy offers lessons to everyone from total beginners to seasoned players looking to hone their game.

If all of that sounds overly challenging how about a fun, pirate-themed round at ViVO Mini Golf Treasure Island Playa de la Américas?

Yoga’s origins in Asia but the Tenerife’s pleasant climate is a reason why yogis have established schools. If you haven’t yet tried yoga, you may be surprised at how strenuous the seemingly gentle exercise can prove.

Participating in yoga while on holiday means you can still dedicate time to being active each day. Afterwards, relaxing in a pool can help dissipate lactic acid and prevent aching muscles.

If you’re a novice, you’ll be able to participate in a gentle introduction to yoga. Alternatively, with experience already under your belt, you might prefer to specialise in the likes of Ashtanga vinyasa or Hatha yoga. The island offers a range of options.

Check out the Tenerife Tourism Corporation website for more ideas and further information about the top activities you can do in Tenerife.