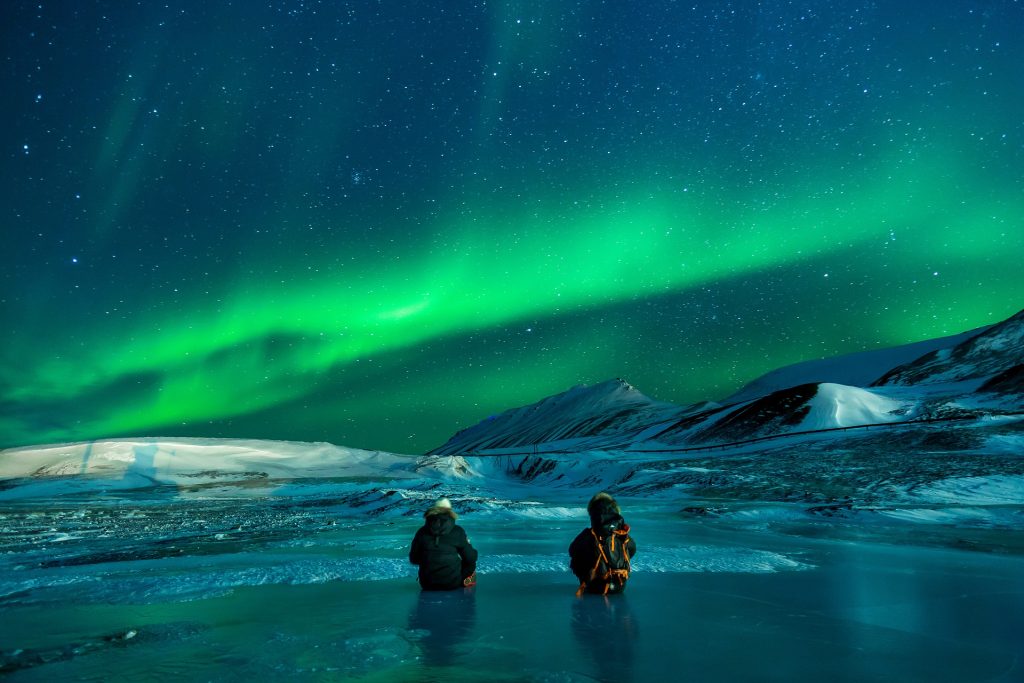 Winter is approaching and so is the Aurora Borealis watching season.

The Aurora Borealis, more commonly referred to as the Northern Lights, are dancing the light fantastic in the northern skies all year round. However, they are only visible across a dark night sky which makes the long nights of the northern winter ideal for seeing them.

The Northern Lights are a phenomena caused by electrically charged particles emitted from sunspots and carried by solar winds to our planet. Here the earth’s magnetic fields divert them. Some of the particles enter our atmosphere and collide with the oxygen and nitrogen gasses around the Polar Regions producing the lights. Auroral ovals form around the poles, which move and distort as the earth rotates producing the flickering curtain like movement we associate with the Northern Lights.

It was on a trip to Greenland that I first saw the Northern Lights. Curtains of pink and green ethereal light across the night sky. It was a scene I will never forget.

It is important when booking a Northern Lights holiday that you consider what you are going to do if they do not put in an appearance or the weather does not cooperate. For this reason it is a good idea to book more than a weekend break and consider what other activities are on offer.

Abisko, the self-styled “Northern Lights Capital” has the greatest number of cloud free nights in Northern Scandinavia which gives the best chance of seeing the Northern Lights. There are plenty of other winter activities and a stay in the ICEHOTEL® as non-Aurora options.

There are more Northern Lights Holidays to Finland than any other Nordic country. In Northern Finland you can hunt for the Northern Lights on a snowmobile or husky safari and stay in a remote wilderness cabin overnight. For something a little less adventurous stay in a glass domed igloo and watch the Northern Lights flicker and ripple across the sky from the comfort of your own bed. During the day you can choose to take a reindeer safari, learn cross-country skiing or take a guided snowshoe hike. Being Finland there is always a sauna to enjoy as well.

The stunning and dramatic landscapes and geothermal activity make Iceland a great destination to visit without the added bonus of a Northern Lights show. Staying in a modern designer wilderness cabin with views of the Eyjafjallajökull Volcano – the one made infamous by it’s ash cloud – away from most light pollution means you have a great chance of seeing the Northern Lights. You can combine Northern Lights watching with any number of tours to Iceland’s many natural attractions.

Both Taber Holidays and Aurora Zone have a wide selection of Northern Lights holidays combined with a wide range of other activities. Hurtigruten and Fred Olsen both offer Northern Lights cruises

If you are thinking about taking a trip to Europe or going on a cruise to see the fantastic Northern Lights, don’t forget your European Travel Insurance or specialist Cruise Insurance.