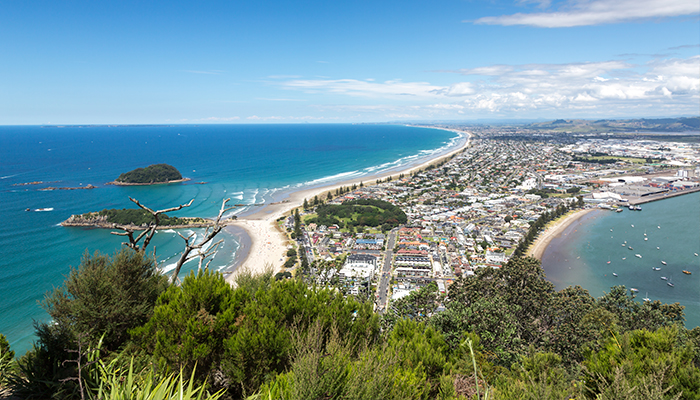 What to do in the Bay of Plenty?

In 1796 Captain James Cook was anchored off the shores of a large bight in the north-east of New Zealand’s North Island. He noted the bountiful supplies of food at the Maori villages along the shores of the bay so named it the Bay of Plenty.

With a 259km coastline, a mild climate and lots to do both along the coast and inland, the area is becoming increasingly popular with international visitors.  Tauranga is considered to be New Zealand’s Riviera. Its beaches and climate make it a great place for a beach holiday and a base from which to explore the rest of the region.  With so much coast open to the Pacific swells, the Bay of Plenty is a popular destination for surfers and those wanting to learn. 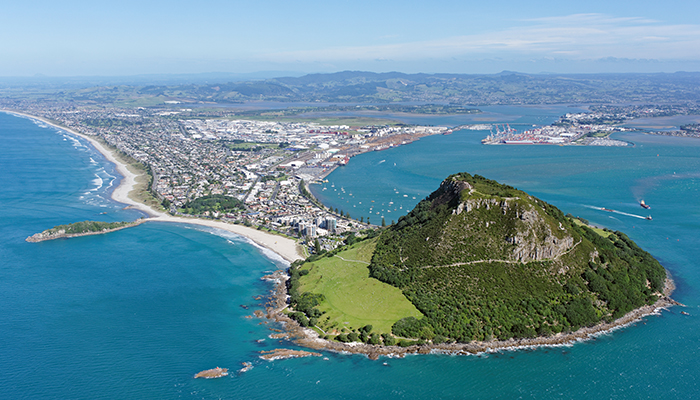 One of the biggest attractions is Mount Maunganui, a prominent feature along the coast that holds cultural significance for the local Maori people. Keen walkers can explore the marked paths around the base of the mountain, whilst for the more energetic there are hiking trails to the top with magnificent views of the bay.

Further inland there are a number of beautiful rivers, waterfalls and country parks to visit. Many of the waterfalls are easily accessible and are great for picnics followed by a cool dip in the deep pools. McLaren Falls and the adjacent McLaren Falls Park are just a 10 minute drive from Tauranga and are popular on summer days for fishing, kayaking, bush walks and outdoor concerts.

Out on the water

Several companies offer river tours in kayaks on the many rivers in the region. One of the more unusual and magical tours to take is an evening paddle along Waitomo, a narrow gorge, lit by thousands of glow worms.  Other tours include small cruises around the natural lagoon and out into the waters of the Bay of Plenty.

Migratory whales and schools of dolphins can often be seen out in the bay and there is a chance to take what locally has been called “seafaris” to spot them and other marine wildlife. 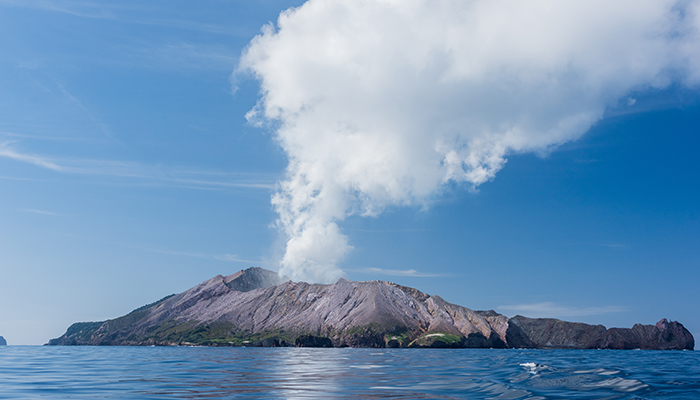 The ultimate boat tour is a trip from Whakatane, further along the coast, to White Island. This is New Zealand’s only active marine volcano and can be easily identified by the plume of smoke emitting from the peak. Boat trips drop you off on the island where you will be taken on a guided hike among volcanic fumaroles and steaming sulphur vents.

For those wanting to make the trip a little more memorable, there are helicopter trips to the island by aptly named Volcanic Air, which also land passengers for a guided hike. 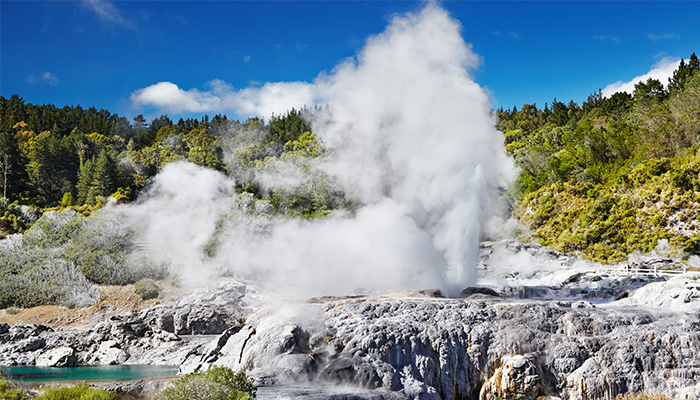 New Zealand sits on a number of fault lines and as a result there are a number of active geothermal areas in the Bay of Plenty region. The best known of these is the town of Rotorua, home to erupting geysers, boiling mud pools and hot springs.

Rotorua is also one of the best places learn more about the Maori people, it boasts several cultural museums dedicated the history of New Zealand. 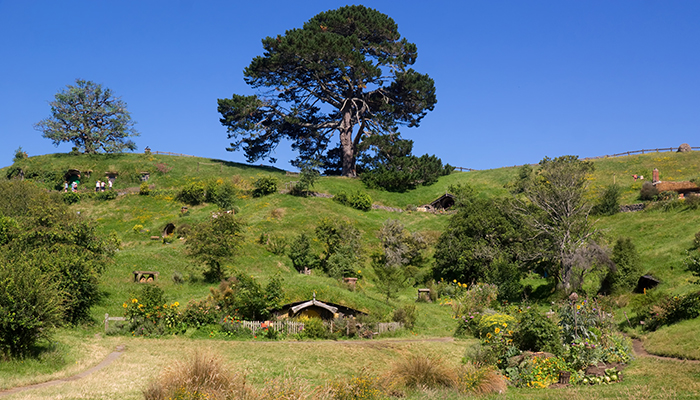 The Lord of the Rings

There was a massive surge of interest in New Zealand as a result of the movies The Hobbit and The Lord of the Rings trilogy. All the films featured many of the stunning landscapes the country is famous for and the movie set for Hobbiton can easily be visited from Tauranga. Tolkien fans will enjoy the guided tour around the 12 acre site past Hobbit Holes, the Mill and a stop at the Green Dragon Inn.

There is more than enough to do in the Bay of Plenty Region today. I wonder what Captain Cook would have made of it now?