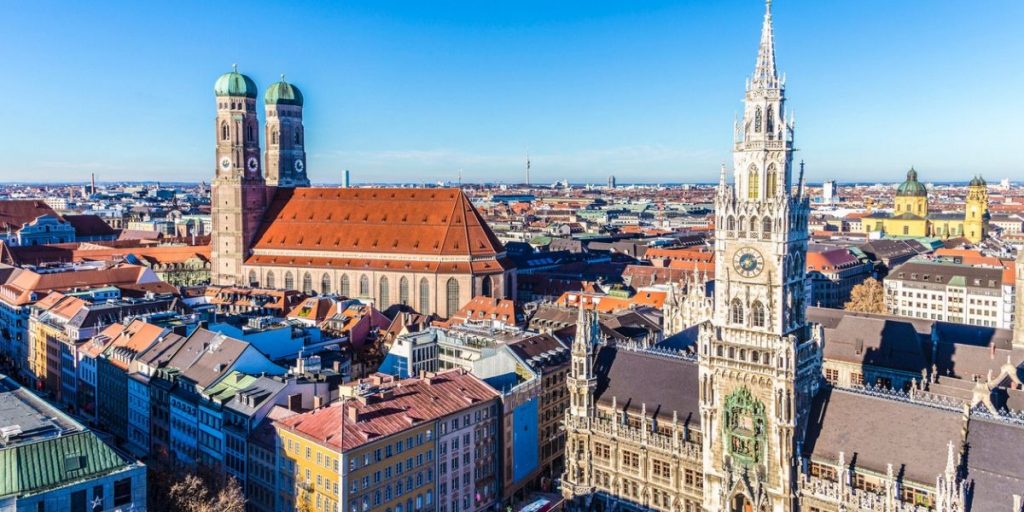 Travel to Munich, the capital of Bavaria in Southern Germany and you’re in for a treat. The city of approximately 1.5 million people is a mix of modern city living complete with art galleries and cultural museums, which is wonderfully juxtaposed against traditional Alpine clichés such as beer halls full of rowdy lederhosen-clad dancers.

When to Travel to Munich?

Munich is a fantastic destination to visit at any time of year, but without a doubt there are three particular occasions which are popular with German and international tourists alike.

Holidaymakers who visit Munich during the summer will be delighted by warm weather in which to enjoy open-air activities such as outdoor concerts, festivals, parks, lakes and large traditional German beer gardens.

Those who prefer to visit at the end of the year will be enchanted by the beautiful and authentic German Christmas markets. Over three million people flock annually to the Christkindlmarkt in Marienplatz and there’s little wonder why. With atmospheric live choral music, the scents of traditional Bavarian fare and wooden stalls set between real evergreen boughs, it really is a sight to behold.

The Christmas markets are not only confined to the main square in Munich, but are located all over town. This allows tourists the luxury of spending the whole day browsing and shopping their way through the city, all the while sipping on mulled wine or hot spiced fruit juices.

Probably the most common reason to visit Munich though, is to experience the world-famous Oktoberfest. The festival celebrates Bavarian culture which centres on its love of German beers. It runs for 16 days from late September to early October and annually attracts over six million visitors. Hotels fill up fast, particularly those which are located in the main square or along the River Isar, so be sure to book well in advance of your trip and don’t forget your travel insurance.

You can’t visit Munich without at least passing through the impressive and imposing main square of Marienplatz. The square is home to the Marian Column, on top of which sits a golden statue of the Virgin Mary. Both the Old and New Town Halls are also located in the central square, with the latter containing a striking Glockenspiel carillon which is over 100 years old and chimes at both 11am and noon every day.

Sports enthusiasts will enjoy a visit to the Olympic Stadium which was the setting for the 1972 games, whilst historians may be interested in heading 10 miles northwest of Munich to one of Germany’s first concentration camps in Dachau.

Finally, travellers who love to experience a spectacular view should climb the city’s Frauenkirche for breathtaking views of Munich’s cityscape in front of a backdrop of the gorgeous Bavarian Alps.

Flavours in Munich focus largely on meat and flour and have a particularly rural charm. Dumplings, known locally as Knödel are found on the menus of many city restaurants and there is also an extremely wide assortment of breads on offer. Sausages and meatloaf are also part of the staple diet of many locals from Munich – there is plenty to please food lovers.

Munich is an interesting and atmospheric city to visit and is well-placed to get to by plane or by Inter-rail as it offers great train connections to places such as Amsterdam, Paris, Florence or Prague. Book your Bavarian trip today and you won’t regret it.