With so many countries still out of bounds for British travellers, Cornwall is a top choice for British holidaymakers throughout the summer.

A place to stay in the tip of Cornwall is already hard to come by for the peak season, but for those lucky enough to have somewhere already booked, there are still ways to avoid the crowds. You just have to know where to look.

West Cornwall’s key visitor attractions are household names. St Ives with its picturesque harbour and Tate St Ives art gallery; the clifftop castle on St Michael’s Mount, surrounded by sea at high tide; and Land’s End with all its family-friendly attractions. But many Cornish gems are less obvious, as I discovered on a recent return visit to Penzance: 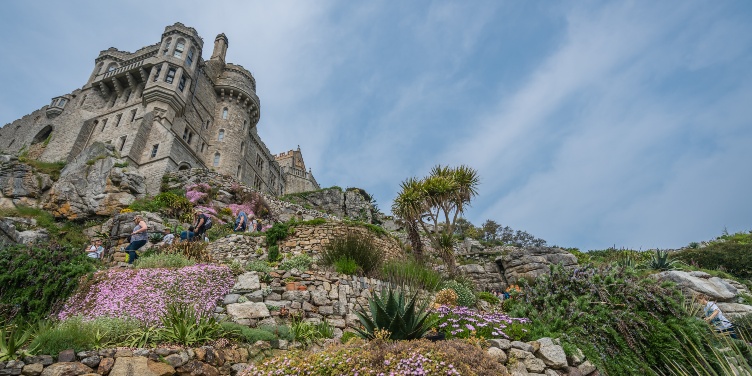 Mount’s Bay stretches eastwards in a huge arc from Gwennap Head (close to Land’s End) to Lizard Point. A short drive inland from here delivers you to seven desirable plots of the Great Gardens of Cornwall.

Three of these horticultural havens belong to the National Trust. Trengwainton, north of Penzance, offers winding, wooded paths, walled gardens, and sea views across Mount’s Bay, whilst the romantic garden at Godolphin includes original Tudor features. And, on the Lizard Peninsula, Glendurgan is set over three sheltered valleys running down to the Helford River.

Next door to Glendurgan, I enjoyed Trebah, a sub-tropical paradise planted on a ravine that leads to a private beach. The road to Lizard Point then leads to the walled garden, potager, and parkland of the Bonython Estate.

West of Penzance, Trewidden Garden is known for its tree ferns, flowering spring shrubs, and exotic plants. Nearby Tremenheere combines woodland planting with eclectic outdoor sculptures and views of St Michael’s Mount, not to mention a tempting café and well-stocked cacti shop. 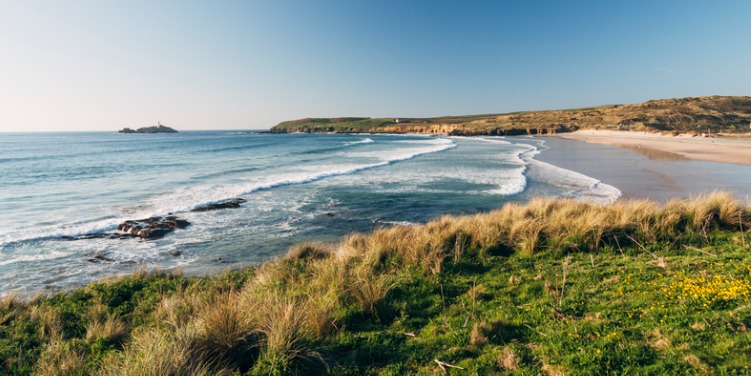 The South West coast path offers changing views at every turn, but can be challenging in places with steep gradients. But, not all walks require a high level of fitness.

Penzance on the south coast is less than 8 miles by car from St Ives on the north shore, but parking during holidays can be a challenge. My favourite approach by far is on foot. Park your car or take the train from Penzance to Lelant on the Hayle estuary and just follow the shore.

At low tide you can walk on the sands round to the Carbis Bay Hotel – take the cliff path after the tide turns – and then carry on to St Ives behind coastal properties with enviable views.

I also love walking through the National Trust’s Penrose estate near Helston, where you can take a gentle stroll through the Victorian parkland, ramble along woodland trails. If you’re feeling energetic, take the cliff path that climbs gently past Loe Pool and over the cliff to Porthleven – you can download the map from the National Trust. 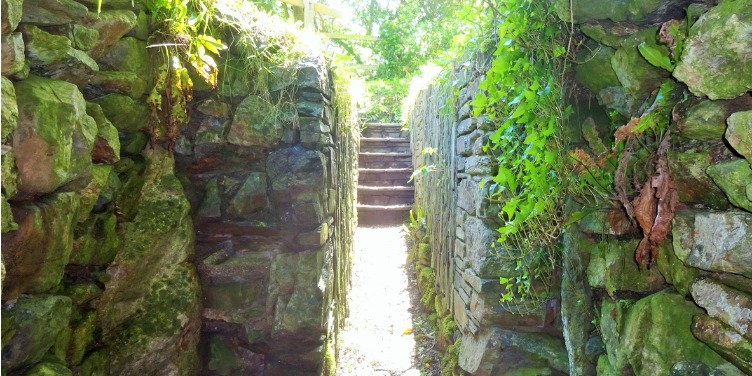 England’s far South West is rich with ancient relics. Driving across the Lizard peninsula, east of Helston, I turned off to investigate Trelowarren, a tranquil estate on the south side of the Helford River that offers holiday cottages, a café, and a restaurant.

Trelowarren’s woodland walks are open to the general public from April to October and one of the most intriguing trails leads to the Halliggye Fogou. Dating from the Iron Age, this Cornish name means an underground passage (fogou) in the place of the willow trees (Halliggye). Hollowed out beneath a small hill fort, it’s maintained by English Heritage and free to visit.

Chysauster, just north of Penzance, was a Romano-British settlement occupied some 2,000 years ago and made up of stone-walled homesteads found only on the Land’s End peninsula and Isles of Scilly. And it boasts its own fogou too! 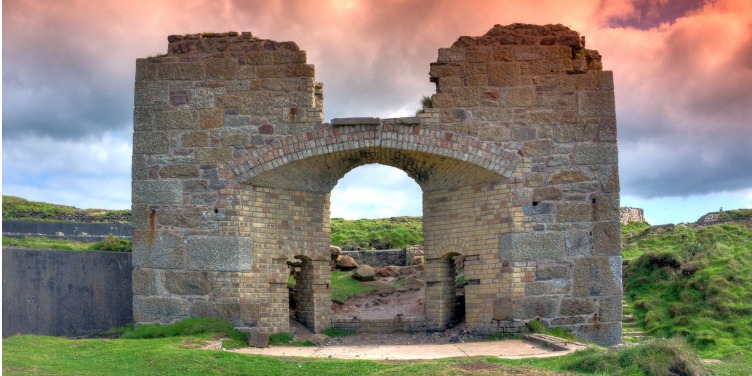 Today the Cornish landscape is dotted with brick chimneys and abandoned engine houses from the heyday of the mining industry, and some of the historic locations are accessible to visitors. Head to the north coast to see key locations from the most recent Poldark series around Botallack and Levant Mine.

Geevor Tin Mine near Penzance is the largest preserved mining site in the country and the key location of the Cornish Mining World Heritage Site. Visit for the chance to head underground and walk through tunnels hollowed out two centuries ago.

Less obvious, but hugely important not just to Cornwall but the whole world, is PK Porthcurno on the Lizard Peninsula. Visit the Museum of Global Communications to discover how the first undersea cables were laid here in the 19th century and visit the secret bunker that hid the Porthcurno Telegraph Station in World War II.

Visitors can also walk down to Porthcurno beach, just 500 metres from the museum, to visit the Cable Hut. And as you imagine the cables being laid beneath the rolling surf, keep your eyes peeled for visiting dolphins. Cornwall is full of surprises!

If you’re going away to Cornwall, don’t forget to take out a UK travel insurance policy and feel the peace of mind knowing that we’ll be there if something goes wrong.