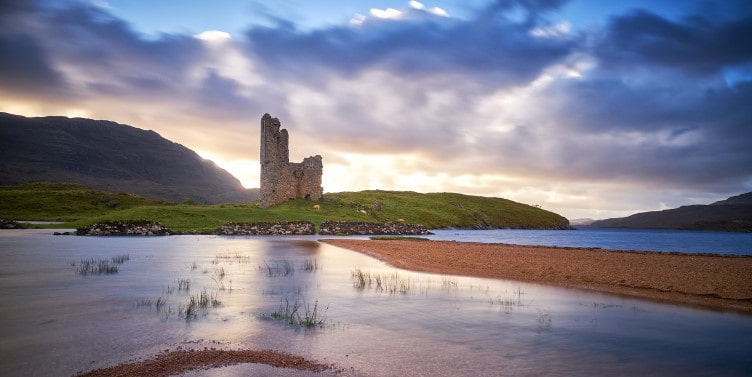 There’s nothing quite like a romantic ruin to fire my imagination.  Whenever I walk amongst historic stones, I can’t help thinking about the people who have walked there before me, the lives that they lived, and the stories they could tell.

As attractions start to open up again over the coming weeks, Britain’s ruined castles and manor houses, ancient stone circles and Roman remains are guaranteed to prove popular with visitors in search of an open air history lesson. It is easy to socially distance when your destination has no roof or windows!

Many of these historic monuments are in the care of the English Heritage and National Trust, and may incur an admission charge (but free to Members). But in return, you’ll get added value in the form of visitor centres and exhibitions, cafes and on-site shops.

Here are just a few of my favourite ruins to set you off on a journey of discovery: 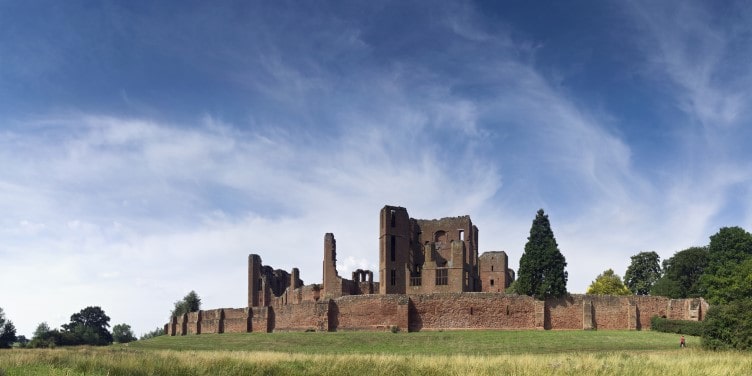 Queen Elizabeth I was famously entertained here four times by her favourite courtier, Robert Dudley, Earl of Leicester, but never more lavishly than in July 1575 when she stayed for 19 days of parties and pageantry.

Today, a gloriously romantic red-brick ruin, Kenilworth Castle was once a huge medieval fortress begun under Henry I in the 1120s and a favourite residence of Lancastrian and Tudor kings. Don’t miss the colourful recreation of the Elizabethan garden. 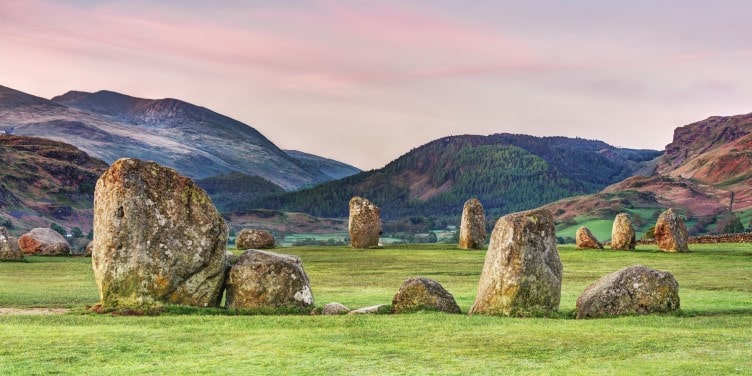 Surrounded by the undulating skyline of the Lakeland fells, Castlerigg Stone Circle dates from around 3,000 BC and must have one of the most dramatic locations of any prehistoric monument.

Today, the 33 remaining stones are in the care of English Heritage but are free to access during daylight hours. This is a popular stop for walkers on the hills around Keswick and this easily accessible site doesn’t require any mountain climbing. 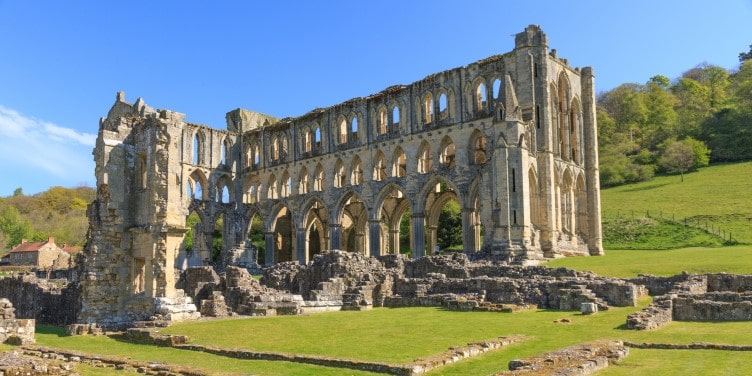 North Yorkshire is blessed with several magnificent abbeys, reduced to ruins after the Dissolution of the Monasteries by Henry VIII.

Amongst them are beautiful Fountains Abbey near Ripon, a UNESCO World Heritage site set in the Georgian water garden of Studley Royal, and Whitby Abbey perched on a hilltop overlooking the North Sea.

But my personal favourite is Rievaulx, nestled in a tranquil wooded valley just outside the pretty market town of Helmsley.  Follow the story of the Cistercian monks through information boards and an audio tour, and then – an added bonus – explore the medieval ruins of nearby Helmsley Castle. 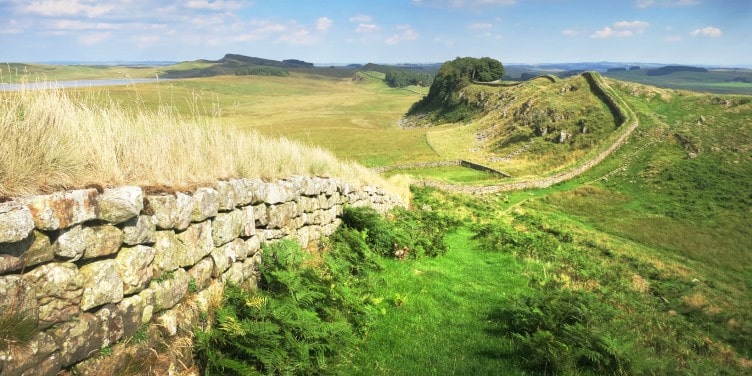 The Romans knew a thing or two about building to last and the UNESCO World Heritage site of Hadrian’s Wall marked the northern frontier of their empire, stretching from coast to coast.

The best-preserved sections are in the middle of the Wall and include the ruined forts at Corbridge, Chesters and Birdoswald. There’s a charge for the four main forts, but you can walk on the National Trail beside the Wall to see turrets and mile castles free of charge. 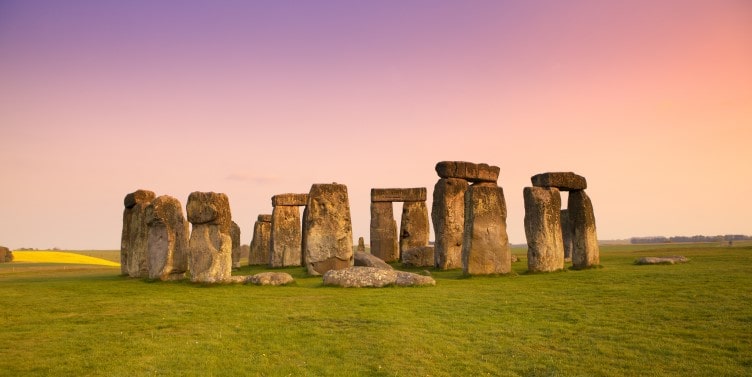 Begun around 3000 BC, Stonehenge attracts visitors from all over the world, eager to walk around the perimeter of its huge central stones, discover their history in the exhibition gallery, and step inside reconstructed Neolithic houses.

The stone circle, visitor centre and car park are managed by English Heritage and accessible by timed ticket only, booking online is advised.

The surrounding downland, studded with ancient monuments, is owned by the National Trust and is free to access. National Trust members are also admitted without charge to the stone circle. 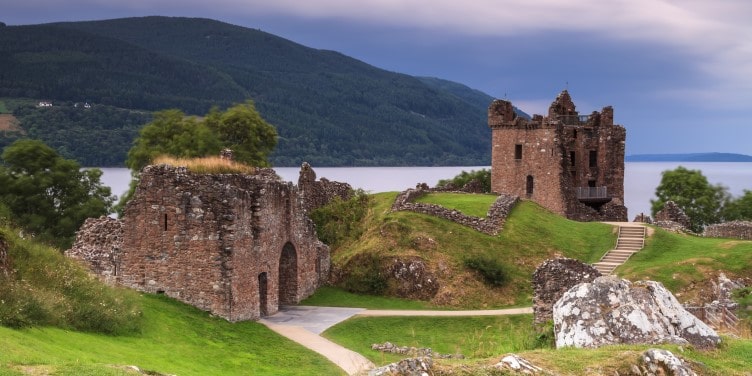 Once one of Scotland’s largest castles, the ruins of Urquhart hold a commanding position on the north shore of Loch Ness. Control passed backwards and forwards between the Scots and English during the Wars of Independence, and the last of the government troops garrisoned here during the Jacobite Risings blew up the castle when they left.

But it’s easy to imagine the banquets in the Great Hall and the squalor of the gloomy prison cell, not to mention a sighting of the mythical Loch Ness Monster!

If, like me, you loved the children’s adventure stories by Enid Blyton, you will love Corfe Castle.

A thousand years of history have been played out in the hilltop fortress, reduced to ruins by Parliamentarian forces in 1646, but those haunting stone walls will be familiar to readers of the Famous Five books.

Enid Blyton took holidays in Dorset’s Isle of Purbeck for over 20 years, and Corfe Castle is said to be her inspiration for Kirrin Castle. Today it is a key stop on the self-guided Enid Blyton Trail. 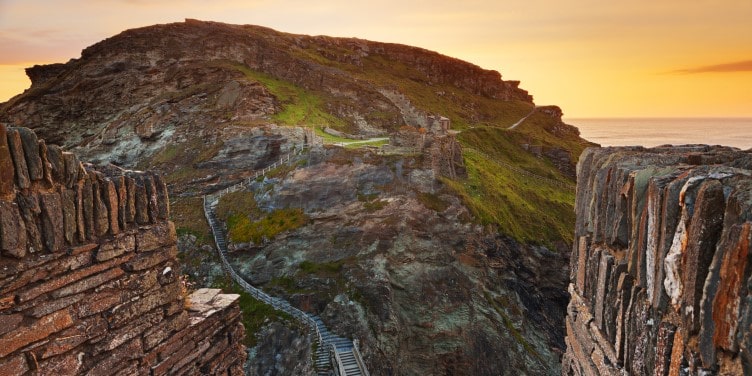 The coastal village of Tintagel was an important trading port for Early Medieval Cornish rulers, the name ‘Din Tagell’ meaning ‘the fortress with the narrow entrance’ in Cornish.

The site’s supposed links to King Arthur were first recorded in the 12th century and the castle was built in the 1230s by Richard, Earl of Cornwall because of the legend.

Split between mainland and island, the two parts are linked by a footbridge, and have inspired artists and authors across the centuries. 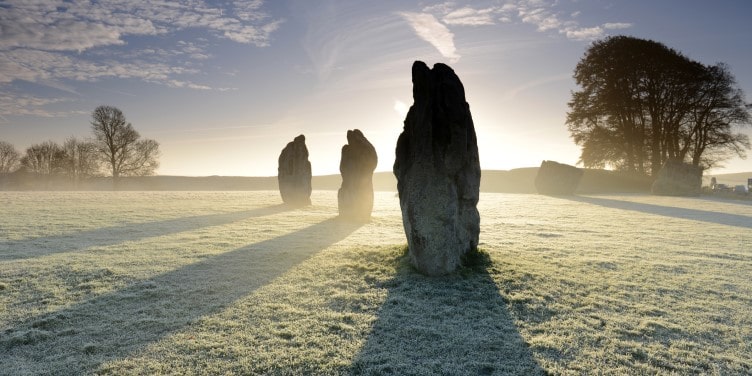 Part of the Stonehenge and Avebury World Heritage Site, it is looked after by the National Trust but access is free apart from a car park charge.

Visitors can follow the ring around the village that grew up inside it, touch the ancient stones, and see archaeological finds excavated in the 1930s by Alexander Keiller at the museum.