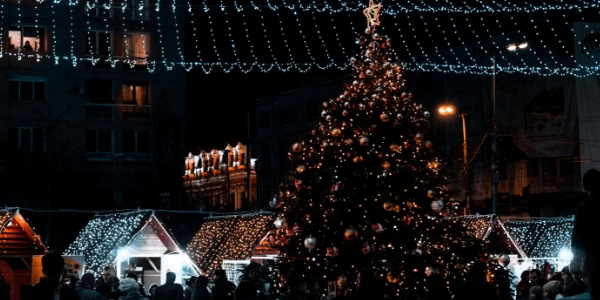 For holding the cold at bay with some mulled wine or hot cocoa, for buying artisanal craft items, and for eating festive European treats like gingerbread and stollen.

If you’re in the mood for a festive getaway this year, these are some of the best Christmas Markets around Europe that you need to visit… 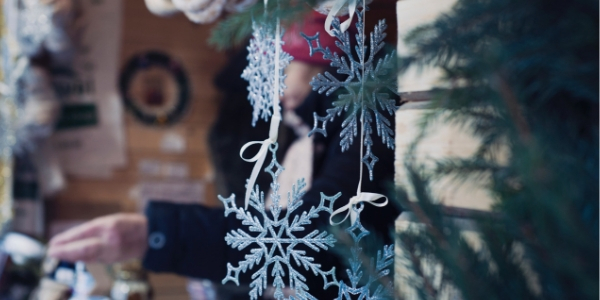 One of the most popular Christmas Market destinations is Vienna. Several festive villages are dotted throughout the city centre, but the one with the biggest wow-factor is held in front of the Schönbrunn Palace.
With the opulent, lit-up façade overlooking the scene, this is easily one of the most romantic market settings.
Then again, the Vienna Christmas Dream in Rathausplatz is pretty spectacular too, and it’s one of the best known markets in Europe.
2018 dates: 17th Nov – 26th Dec

One of the best things about the Nuremberg Christmas Market is the strict ban on modern and mass-produced goods.

Instead, you’ll find nothing but traditional crafts and bespoke handmade goods at this beautiful Bavarian Christmas Market.

The market is also home to several local specialities, such as the quirky and cute Zwetschgenmännle – figurines made from prunes and walnuts.

Of course, you can’t miss the Nuremberg Rostbratwurst, which are much skinnier than the bratwurst you’re probably used to, but simply delicious!
2018 dates: 30th Nov – 24th Dec

Founded in 1570, Strasbourg’s festivities are often considered one of the oldest Christmas markets in Europe.

The market takes place across several locations throughout the city, but the most special setting is around the striking gothic cathedral.

Strasburg is known for its tasty Alsatian food, and this Christmas Market is a real treat – laden with pretzels, spiced breads, and traditional dishes like choucroute (pickled cabbage with sausages and slow-cooked pork).
2018 dates: 23rd Nov – 30th Dec

Often overlooked in favour of the better known Christmas Markets, Vilnius is ideal if you’re looking for something a little more off the beaten track.

That’s not to say that the Lithuanian capital is in any way lacking – in fact this is one of the more lavish events in Europe. Markets take over the city, and the picturesque Bernardinai Gardens are filled with carousels and fairground games.

Be sure to sample some of the traditional Lithuanian treats, like poppy-seed cake, while you’re in town. The absolute must-try is raguolis, a spit-roasted batter cake shaped a bit like a tree.
2018 dates: 1st Dec – 7th Jan

Think Christmas Markets and you’re probably picturing cities in middle or eastern Europe. But both Italy and Spain have their fair share of festive markets, and Bologna is one of the oldest.

The intimate Antica Fiera di Santa Lucia dates back to 1796, and is held in the cloisters of the church of Santa Maria dei Servi. You’ll also find a much larger market in front of the San Pietro Cathedral.

Being a gastronomic city, food is front and centre at Bologna’s Christmas Markets. Don’t miss the torrone; an almond and honey nougat which is popular Christmas treat in Italy.
2018 dates: Mid-November – 26th December

If you’re looking for a festive mini break that doesn’t require a flight, the UK is home to dozens of fabulous Christmas Markets that make for perfect staycation destinations.

The one in Manchester was voted the UK’s best Christmas Market, so this is a good one to start with. Plus, thanks to the city’s multicultural heritage, Manchester’s Christmas Market is home to a wide selection of European food way beyond the usual bratwurst and gingerbread.

Among the hundreds of festive stalls you’ll find everything from Spanish paella to halloumi fries. Perfect for foodies!
2018 dates: 9th Nov – 22nd Dec