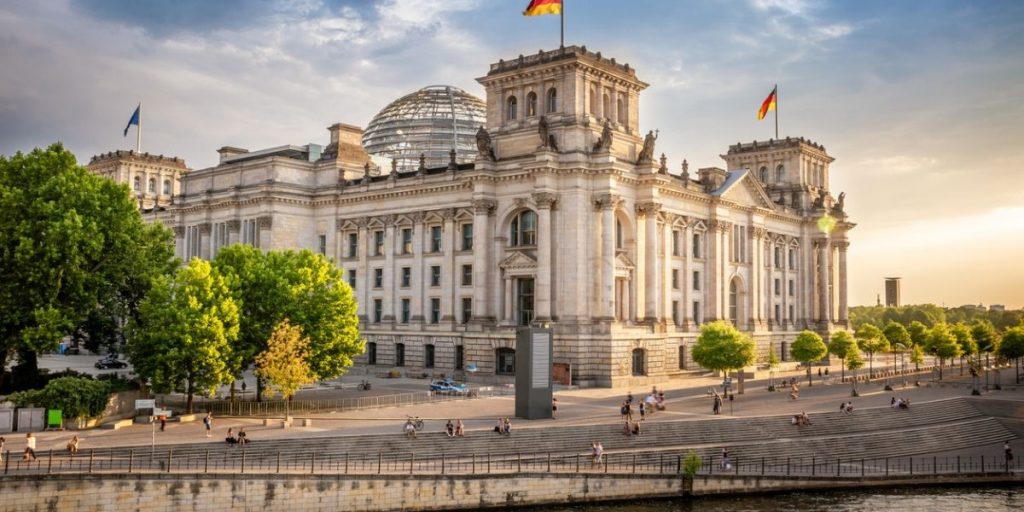 Looking for things to see and do in Berlin? You’ve come to the right place.

I recently visited Germany’s capital, and saw its top attractions from the East Side Gallery, where a stretch of the Berlin Wall can still be seen, to the Reichstag, Germany’s historic parliament building.

I’ve chosen a handful of highlights to give an impression of what Berlin, one of the most popular cities in Europe, can offer during a short city break…

The Berlin Wall ‘fell’ on 9 November 1989, when strict regulations governing travel between East and West Berlin were relaxed. In the years that followed, much of the barrier was dismantled.

The East Side Gallery is the longest remaining section. 1,439 yards of the wall have been converted into the free-to-visit attraction which lays claim to being the world’s biggest open air gallery. International artists painted 106 colourful pictures celebrating the ending of the Cold War and fall of the wall.

The Reichstag building is the meeting place of the Bundestag, Germany’s parliament. The famous landmark was damaged by bitter fighting during the last days of World War Two.

It was restored in the 1990s, when British starchitect Norman Foster designed the glass dome that tops the Reichstag’s roof.

Free audio tours provide detailed insights into the building’s past and present. The Reichstag roof and its dome provide outstanding views over the city.

Registering online saves having to queue for free slots at the pavilion across the street.

The Brandenburg Gate is Berlin’s most iconic landmark and symbolic of the city and country’s reunification. Built in the 1790s, the Classical monument is topped by the Quadriga, a sculpture of the Goddess of Victory in a chariot pulled by four horses.

The gate is the principal entry point to Unter den Linden, Berlin’s chicest boulevard. Beyond it lies the Tiergarten, a vast landscaped park peppered with memorials.

Turning left on Ebertstasse leads to the Memorial to the Murdered Jews of Europe. More than 2,700 stone slabs provide a place to contemplate the Berlin-orchestrated Holocaust.

Museuminsel, or ‘Museum Island’, is lapped by water of the River Spree and Spree Canal. It is a UNESCO World Heritage Site and home to five world-class museums.

The oldest, the Altes Museum, hosts antiquities including the largest collection of Etruscan art outside of Italy. The bust of Egypt’s Queen Nefertiti is the star attraction of the Neues Museum, which represents the cultural heritage of humanity.

The Bode Museum holds impressive collections of coins and sculptures. The Alte Nationalgalerie, meaning ‘Old National Gallery’, displays works by Caspar David Friedrich and August Renoir in its extensive art collection
The Pergamon Museum’s cultural treasures include a reconstruction of Babylon’s Ishtar Gate, is open but undergoing renovations until 2023.

Rather than paying to enter each museum, day tickets, valid for all five attractions, are a way of saving money.

Berlin hosted the 1936 Olympic Games. Notoriously, the event was manipulated for Nazi propaganda. Information panels on the Olympic Stadium’s history trail tell the story of the vast arena and surrounding complex of sporting venues. Want to look behind the scenes? Guided tours are a way of accessing the dressing rooms.

The observation platform in the Olympic Bell Tower offers outstanding views over Berlin’s skyline. The tower’s lift was installed ahead of the 2006 FIFA World Cup, whose final was staged at the stadium. During the football season, Hertha BSC play home games in the arena.

The Kaiser Wilhelm Memorial Church stands as a reminder of the damage Berlin suffered during the aerial bombardment of World War Two. Gilded mosaics decorate the arched ceiling of the church.

The bomb-damaged place of worship stands opposite Bikini Berlin, a shopping mall with views into enclosures within Berlin’s zoo. The mall’s rooftop terrace is one of the best spots for panoramas of the long-established attraction. The Monkey Bar, on the 10th floor, is worth visiting for a relaxing drink with a view.

Keen shoppers should also visit the nearby Kaufhaus des Westens, known to locals as KaDeWe. The luxury department store first opened its doors in 1907, and is renowned for the delicious and beautifully presented cuisine in its elegant sixth-floor food hall.