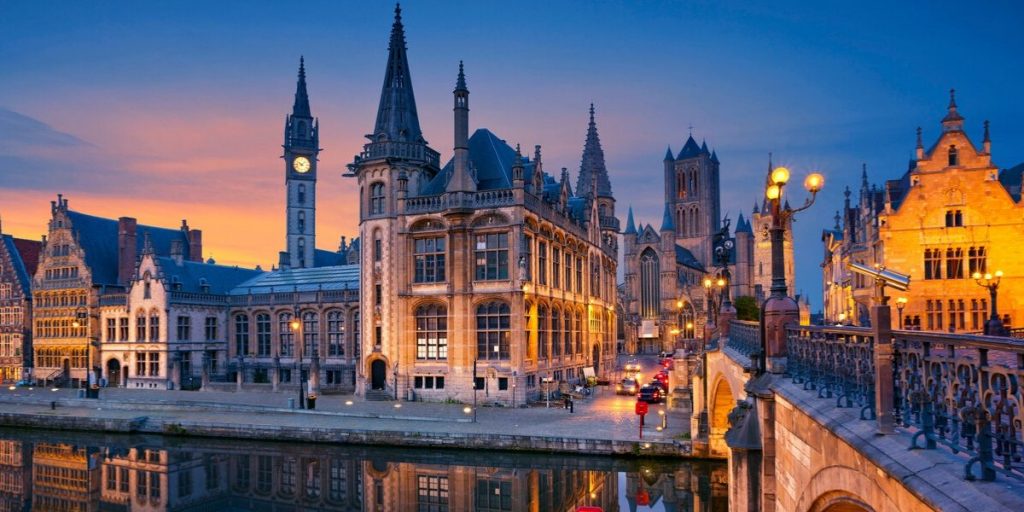 Brussels, the Belgian capital, can be reached in under two hours by direct train services from London. Easily accessible, Belgium impresses international travellers with its heritage, history, cuisine and beer culture.

This guide looks at some of the reasons why it’s worth making Belgium your next holiday destination.

Belgium is a relatively young European nation, yet several of its cities have medieval provenance. The Belgians won independence from the Netherlands in 1830, but the centres of cities such as Bruges, Ghent and Antwerp have significantly older heritage.

If you enjoy viewing art, plan time in Brussels to explore the Royal Museums of Fine Arts. Don’t miss visiting the Grand Place, the Belgian capital’s aptly named Central Square, to view the opulent facades. The Atomium, a legacy of the 1958 Brussels World Expo, is one of the city’s best-known attractions. The other is the tiny statue of the Mannekin Pis. Every year the sculpture is dressed 130 times and his costumes are kept and displayed in the Mannekin Pis Garderobe.

I find that visiting outside of the summer high season is a great way of getting good deals on hotel rooms. It also means there’s space to enjoy exploring the museums, cathedrals and streets which feature Gothic architecture. As a keen photographer, I enjoy looking at landmarks, including grand buildings such as the town hall in Antwerp and Ghent’s Saint Bavo Cathedral. An evolved café culture means it’s easy to take a pause from sightseeing to enjoy a coffee and take in the atmosphere.

I find that relaxing with a beer can make for pleasurable moments wherever I’m travelling in the world. In Belgium, it’s also a way of experiencing the nation’s heritage. In 2016, UNESCO added beer culture in Belgium to the list of intangible culture of humanity.

Don’t like beer? Maybe you haven’t found the right one yet. You can choose from approximately 1,500 different brews from Belgium. They range in style from sweet fruit-flavoured beers to complex barrel-aged sours. Menus in traditional beer cafés are known to surpass 100 different beers and knowledgeable servers are usually willing to make suggestions. I particularly enjoy St Bernardus Abt 12, a traditional abbey beer, and La Chouffre, a tripel, but like to sample the local brews wherever I am.

Several breweries offer tours of their premises followed by tastings in their taprooms. At the likes of Lindemans and Timmermans in the Pajottenland district, near Brussels, you can see swimming pool-like open tanks where fermentation of traditional lambic style beer takes place. The monastic heritage of brewing lives on and is a way of the Trappist monks financing the upkeep of Saint Sixtus Abbey.

In recent years, beer aficionados, some of who term themselves zythologists, have championed the pairing of beer and food. Traditional Belgian cuisine is influenced by classical French cooking, hearty in style and makes use of regional ingredients. Beef stews, steamed mussels and eel in a herby green sauce count among dishes widely available in restaurants. I’m a fan of the mussels served with fries at the traditional Chez Leon restaurant in Brussels.

Looking for something lighter? Snacks such as triple cooked chips and croquettes with shrimp or meat fillings are always an option. Freshly made waffles topped with the likes of cream, fruit and chocolate are also ideal if you have a sweet tooth.
I find that set menus, available at lunchtime, often give you the chance to sample seasonal dishes and offer great value for money in restaurants.

The country’s geographical position, between influential European powers, means that armies have clashed on numerous occasions on what is today Belgian soil. It has been dubbed the ‘Battlefield of Europe’. If, like me, you’re interested in military history that means numerous places warranting exploration.

One of the most significant battles in European history was fought on 18 June 1815 at Waterloo, now a 25 minute train ride south of Brussels. Allies under the command of the Duke of Wellington eventually overcame Napoleon’s forces in a closely fought and bloody clash. The Lion’s Mound, a 40-metre high conical hill topped by a lion statue, marks the place where the Prince of Orange was injured during the battle of Waterloo. For insights into the details of that historic day, follow the interactive trail and view the memorial museum’s 4D movie that brings the conflict to life.

Less than a century later the British Expeditionary Force slowed the German Army’s advance at Mons. The Memorial Museum Passchendaele 1917 and In Flanders Fields Museum offer insight into aspects of World War One. Cemeteries and sites such as Hill 60, near Ypres, convey the war’s exacting toll.

Take a tissue if you visit the Menin Gate, which is inscribed with the names of the 54,610 British and Commonwealth service personnel without known graves. It’s hard not to shed a tear or two as the Last Post is bugled.

One of my guilty pleasures is unwinding in a sauna or treating myself to a spa day.

The iron-rich water at Spa has been attracting visitors seeking treatments for more than 600 years. In eastern Belgium, Spa was the German Army’s headquarters in the final stages of World War One and served as a place of convalescence prior to that. The destination is famed for its water-based treatments and evolved into one of Europe’s most fashionable resorts, renowned for attracting royal visitors. For something a little out of the ordinary, try a peat bath in the hillside Thermes de Spa, which offers a range of treatments in modern surroundings.

Like the idea of trying a treatment you’re unlikely to find at home? In the Ardennes region, famed for its pâté and the location of bitter fighting during World War Two’s Battle of the Bulge, Chaudfontaine Castle offers treatments including shell massages. At Aubange, in the country’s south, you can even relax in a subtly illuminated salt cave.

Quirky things to do in Belgium

Spending time in a sewer may not sound, at first, like a great way of seeing a city but I discovered that tours below street level are an insightful, alternative way of learning about Antwerp’s history and gradual expansion.

I learnt that in bygone times Antwerp had a network of canals that were gradually paved over. Thankfully, I was provided with rubber boots and an overall before descending underground on the guided tour.

From April until November, you can also head below ground to explore the Neolithic flint mines of Spiennes near Mons. The shafts of the world heritage site are linked by a network of tunnels and were first mined around 7,000 years ago for material to create axes and other tools.

Belgium’s relative proximity to the UK makes it an option for multi-generational family travel.

For something out of this world you could head to the Euro Space Center, 90 minutes southeast of Brussels. Open in summertime, the attraction offers shows, activities and galleries about lunar exploration and planets.

The popular cartoon characters Tin-Tin and the Smurfs hail from Belgium. My favourite cartoon-related attraction is the Hergé Museum, 30 minutes from Brussels, which tells the story of Tin-Tin’s creator.

If you like military history, why not combine a walk in the countryside with a visit to the Wolf’s Gorge at Brûly-de-Pesche? Though it may sound like a nature attraction, the bunker was Adolf Hitler’s base during June 1940. Interactive exhibits convey the bunker’s story and that of the Belgium’s occupation in World War Two.

A nation of three languages

In common with so many destinations across mainland Europe, English is widely spoken, ensuring life is easy for visiting travellers.

Belgium is subdivided into three regions. In Flanders, the northern part of the country, the dominant language is Flemish — a version of Dutch. In Wallonia, the southern part of the country, French is the dominant language. Within the Brussels-Capital Region, signs are displayed in both of those languages. German, one of Belgium’s official languages, is spoken in the east.

Rail transport is one of the quickest ways of travelling between the British and Belgian capitals. Direct Eurostar trains take just one hour 53 minutes to travel from St. Pancras International and the Brussels Midi/Zuid railway station.

Direct flights from the UK to Brussels Airport take as little as 65 minutes but then require a transfer into Belgium’s capital. Buses and trains to destinations across the country depart from the stations at Brussels Airport to take you to the city centre.