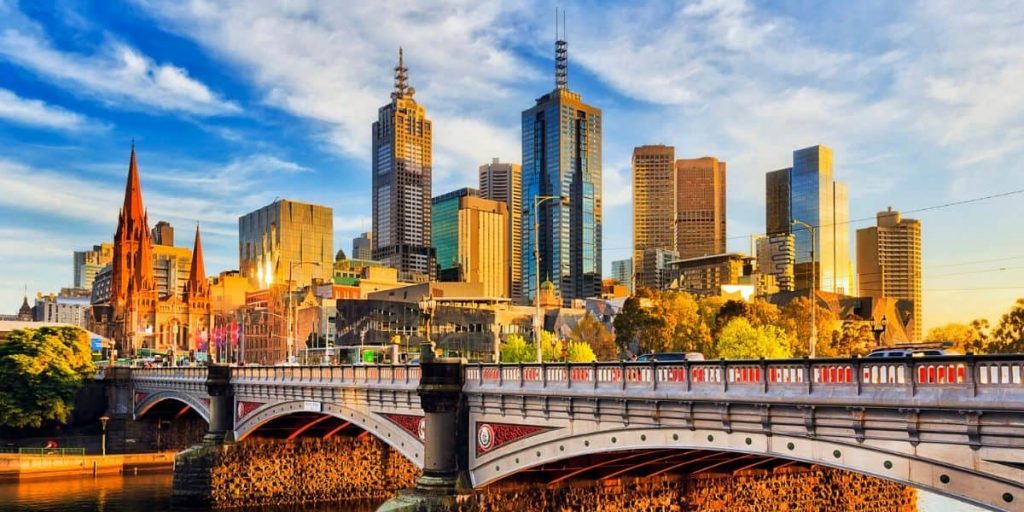 Travelling to Australia during the northern hemisphere’s winter means getting away from the UK’s cold weather and enjoying Australia’s summer.

The Australian bushfires of 2019-20 are likely to discourage some travellers from touring the country, though much of Australia remains unscathed.

The country’s highlights include Kakadu National Park in the Northern Territory, where you can experience nature and aboriginal heritage. The beaches of Queensland’s Gold Coast and marine wildlife of the Great Barrier Reef appeal to many travellers. The red-earth landscape of Uluru-Kata Tjuta National Park is home to one of Australia’s most iconic attractions, the remote sandstone outcrop formerly known as Ayer’s Rock, now known as Uluru.

I’ve visited Australia several times and can happily recommend a handful of my favourite destinations.

First-time visitors to Australia are often torn between visiting Melbourne or Sydney first. Ultimately, they’re markedly different and both worth visiting. For me, Melbourne’s laid-back vibe and cafés make it an enjoyable place to hang out.

As a lover of history, I recommend touring the Royal Exhibition Building, where the first Australian parliament sat in 1901. To learn details of the story of Ned Kelly, the outlaw who donned a suit of bulletproof armour for an infamous shootout with Victoria’s police, don’t miss a visit to Old Melbourne Gaol.

For insights into the city’s passions for cricket and Australian Rules football it’s hard to top a guided tour of Melbourne Cricket Ground.

The city has a vibrant culinary scene, meaning plenty of dining options. These include Donovans, a beachside restaurant in the hip St Kilda district.

To stock up with gourmet produce ahead of a picnic or road trip, the Queen Victoria Market is worth a visit. You can go on a food tour, led by a local market guide, to learn about the history of the indoor market and the speciality foods you can try.

As a fan of scenic drives, I headed west out of Melbourne to join the Great Ocean Road at Torquay. It runs 151 miles to Allansford. Regarded as the world’s biggest war memorial, you can see the Memorial Arch which was built in memory of the service personnel who fell during World War I.

You can drive the entire Great Ocean Road in a few hours but it took me more than half-a-week. I camped for three nights along its route, parking up to enjoy beach walks along the way.

At Bell’s Beach, one of the world’s great surf destinations, I took my first lesson on a longboard. Finding it trickier than experienced surfers make it look, I soon retired to watch it being done properly with a cold drink in my hand.

I indulged my passion for history by visiting Cape Otway Lighthouse, the oldest structure of its type on Australia’s mainland.

Kicking off my shoes and strolling barefoot on the sand of Bondi Beach helped get me into the holiday mood after arriving in Sydney.

Having travelled light, I browsed market stalls at The Rocks for clothing. This historic district in central Sydney also has a great selection of cafes and restaurants to enjoy.

Friends suggested I view the city from the top of the Sydney Harbour Bridge but I struggle with heights, so decided to pass on the popular BridgeClimb Sydney.

Instead, I opted to view the famous bridge and harbourfront from Mrs Macquarie’s Point. The location is named after the wife of the Governor of New South Wales from 1810 to 1821. Convicts carved a bench from stone so Mrs Macquarie could admire the view.

Riding the ferry across the Parramatta River from Circular Quay terminal proved a value-for-money way of photographing the bridge and city skyline, including the Sydney Opera House. Sipping a cocktail at the Opera Bar is also recommended for its stunning waterfront views.

The city of Kalgoorlie-Boulder is located 370 miles inland from Perth. Rather than drive across the Nullarbor Plain, I booked a seat on the Prospector, an air-conditioned train that covers the route in approximately seven hours.

I was drawn by Kalgoorlie’s gold mining history. Gold prospecting tours are a great way of discovering the precious metal on the edge of town. You can also watch the pros at work in the vast Super Pit, which has produced well over 20 million ounces of gold since 1989.

With its broad streets and covered walkways, Kalgoorlie-Boulder reminded me of towns you find in Wild West movies.

A road trip north from Perth

I found driving in Western Australia to be quite enjoyable. Apart from in Perth, there seemed to be less traffic on roads than I’m used to in the UK. But driving at dawn and dusk meant that I had to be wary of kangaroos and other wildlife. Despite being cautious, I had to do an emergency stop when a kangaroo hopped out in front of my car near Cervantes!

The Pinnacles, eroded limestone columns reminiscent of an open-air sculpture park, jut from Nambung National Park’s sandy earth. Arriving at daybreak meant I had the place to myself for an hour, which was ideal for landscape photos.

The northern goal of my road trip was Kalbarri National Park, where the Murchison River cuts a deep gorge into the red sandstone. It’s a phenomenal vista for morning walks. Carrying ample water is an essential for hiking in Kalbarri. Suitably dressed and protected from the sun, it’s a memorable place to explore.