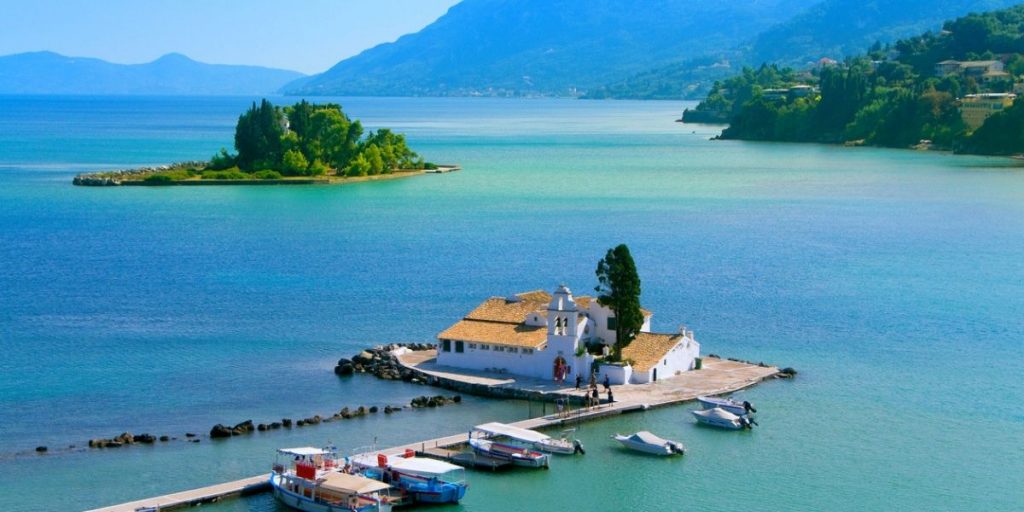 Greece is one of the most popular holiday destinations in the world, with millions of tourists flocking to its islands in particular. While it has attracted some bad press lately, it’s still a brilliant place to spend a week or two – especially for more mature travellers. The islands offer people a diverse choice of destinations, from famed tourist hotspots to unspoiled natural landscapes. So which are most suited to travellers over 50?

Corfu is one of Greece’s most famous islands, and is the most popular of the Ionian Islands. It’s a great destination for history lovers, being the site of numerous battles and conquests. The historical significance continues in the old town, which was made a UNESCO World Heritage Site in 2007. Vibrant festivals are often held, but those who like to take things easy can relax on one of the many beaches.

If you like to sun yourself on the beach, then head to Skiathos, where you’ll find over 60 beautiful beaches. If you travel inland, you’ll find green hillsides covered in olive trees. The main town is made up of picturesque winding streets packed with shops. Head down to the waterfront and you’ll find plenty of renowned restaurants and bars, making it perfect for foodies.

Crete is the largest and most populous of the Greek islands. Accommodation ranges from luxury all-inclusive resorts to camping facilities in the beautiful natural surroundings. Crete also has a rich mythology, with tales of Greek gods and Minoan heroes being passed down through the generations. With fantastic places to shop, dine and relax on offer too, it really is a magical destination.

Skopelos is already one of our favourite destinations, recommended last year by one of our Customer Service Agents. An island that is still very much under the radar, it is ideal for those who crave some peace and quiet. Its lush greenery has earned Skopelos the nickname ‘the Emerald of Aegean’. Tourists can make the most of the unspoilt scenery by walking and hiking, seeing how many churches they can spot along the way – there is said to be one for every day of the year!

For movie fans, Mykonos is the ideal destination. The picturesque isle, with its traditional whitewashed buildings, has been featured in films such as The Bourne Identity and Shirley Valentine. It has some of the best beaches in Greece, and is the perfect place to sip on a cocktail and watch the sun set over the sea. While you’re there, have a look out for the island’s famous windmills too.

It’s safe to holiday there

Understandably, tourists are cautious about holidaying in Greece at the moment. However, both the Greek and British governments are reassuring people that they should not be put off. In fact, now is a better time to travel than ever, with travel companies offering holidays at incredible prices.

Just remember that while there are no restrictions on the amount of money tourists can withdraw, it may be a lot easier to just take enough cash with you for your trip. This is because some of the ATMs on the smaller islands may run out of cash – although that is in no way a certainty.

The Greek people are as welcoming to tourists as they have ever been, with the tourism industry being a huge source of jobs and income. So there’s no need to worry about receiving anything less than the warmest of welcomes.

Discover the magic of these islands

As long as you’re going to Greece with some travel insurance for the over 50s, you’ll have a great time now more than ever. With so much to see and do, the islands of this wonderful country offer so much to tourists. Whether you want to take things easy or give the young a run for their money, there’s going to be an island perfect for you. The only hard bit will be deciding where to go!