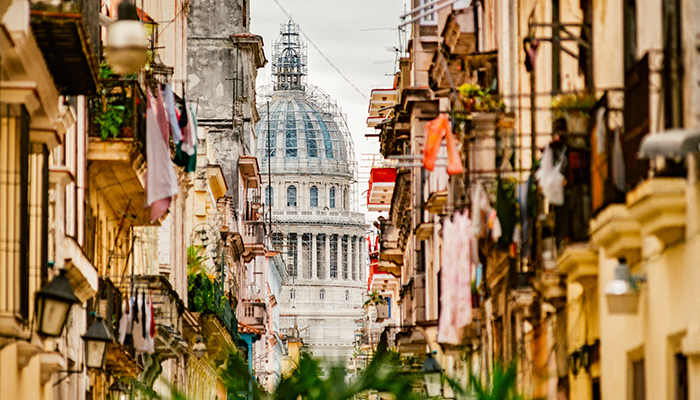 Planning a visit to Cuba and wondering how to spend your time in Havana? Cuba’s colourful capital is filled with classic cars, rich history, and a sense of chaos and passion.

From the ancient colonial buildings dotted around Havana Viejo (the old town) to the faded art deco architecture beyond it, Havana feels like it’s frozen in time.

It’s a vibrant, bustling city where every street seems to be filled with music; a place where you can’t walk ten steps without someone offering you a cigar or a mojito! Here’s a list of must-do’s when in town… 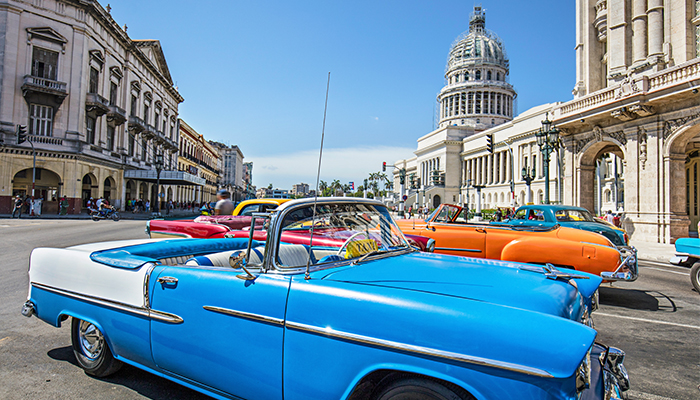 Take a Tour in a Classic Car

Havana is known for vintage cars. Colourful American classics like Mustangs and Cadillacs fill the streets, and you can hire one with a driver for a tour of the city. There’s no better way to see Havana than from the leather seats of a lovingly restored convertible as you cruise along the seafront.

Catch the Ballet at the Gran Teatro de La Habana

Inaugurated in 1838, the Gran Teatro de la Habana (Grand Theatre of Havana) is considered one of the most beautiful buildings in the city.

Tours run throughout the day, allowing visitors a chance to explore the interior and get a glimpse of the main stage. The Grand Theatre is the home of the famed Cuban National Ballet, and a show here is an unforgettable experience. Try to catch a show if you can! 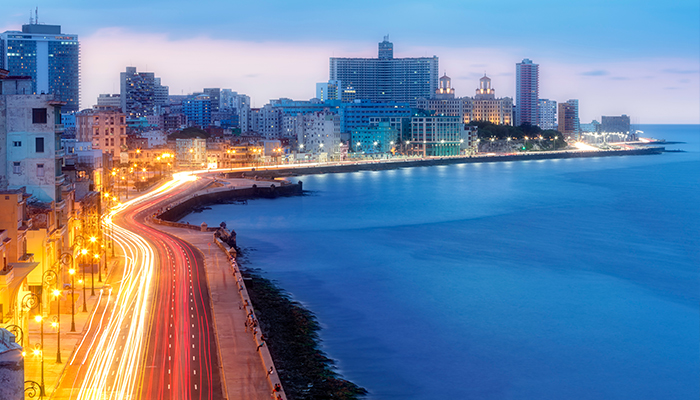 Stroll Along the Malecón at Sunset

The Malecón, Havana’s seafront promenade, stretches for five miles from Havana Viejo to the Vedado neighbourhood.

At any time of day, the Malecón is a beautiful place to take a walk or simply sit and watch the waves, and you’ll find the esplanade dotted with locals and tourists alike.

But evening is generally considered the best time of day to visit, as this is one of the best spots in Havana to see the sunset. Musicians, artists, and street vendors can often be found on the promenade, especially on weekends.

Fans of the famous American writer will know that Ernest Hemingway spent much of his life living in Cuba.

He owned a farm on the outskirts of Havana called Finca Vigía, which is now open as a museum. Visit it to explore the author’s former home, and to see his boat, The Wheeler.

In town, you can also head to another Hemingway museum, hidden away inside the Hotel Ambos Mundos. This historic hotel was the writer’s favourite, and it is said he always stayed in the same room. Today, that bedroom is a miniature museum which can be visited for a small fee.

For a glimpse of Havana’s recent history, head to the Plaza de la Revolución. The enormous square is big enough to hold a crowd of one million people. Overlooking the square is the José Martí Memorial, a 358ft tower dedicated to the so-called “Father of the Revolution”. At the bottom of the tower is a small museum about Martí and the revolution, and if you take the lift to the top you’ll find one of the best views in Havana.

Stay in a Casa Particular

Many tourists book themselves into one of the luxury hotels in the city centre. But if you’re looking to try something a bit different, consider staying at a Casa Particular. These are Cuba’s version of a B&B, so you’ll be staying in an authentic Cuban family home. The accommodation is usually basic, yet comfortable, and it’s a nice way to support a local business and to get a glimpse into everyday life in the city.