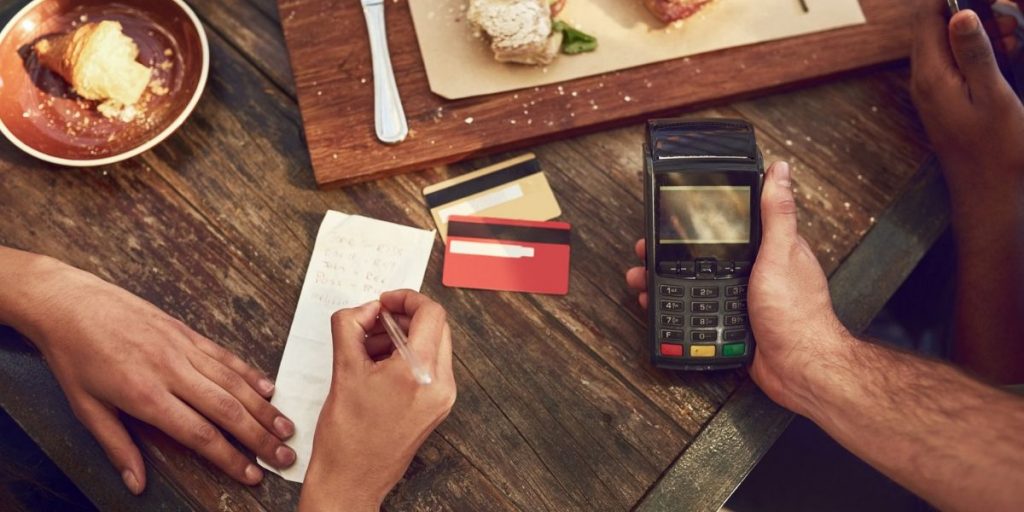 Tipping around the world can be a bit of a minefield, especially if you want to honour local customs and avoid offending anybody.

What’s acceptable at home might not be the done thing abroad. For example, while 10% is still generally considered the norm in the UK, in the USA the typical percentage is 20%, and in Japan to tip is seen as an outright insult.

Below, we’ve rounded up some common tipping percentages in popular holiday destinations, as well as a list of the places where tipping is uncommon or offensive.

How much should I tip in the USA?

In the States, it’s not only customary to tip, but can be seen as disrespectful if you don’t. Most service staff depend entirely on tips, and whether or not you agree with that practice, you’re expected to support it.

How much should I tip in France?

Like many European countries, in France the service charge is included on the bill in restaurants so there’s no need to tip. If the service has been particularly good, you can leave a couple of euros.

How much should I tip in Spain?

In Spain there’s not really a simple rule for tipping, as it all depends on the service. Try to use your best judgement, and ask your travel agent or hotel if you’re not sure.

Restaurants – 10% for good service, in cash.
Hotels – €1 per bag (only expected at high-end hotels) and €2-5 euro per day for housekeeping.
Taxis – tips aren’t expected, but it’s common to round up the fare or tip 10% for good service.
Tours – don’t tip unless it’s a private tour, in which case around €20 is acceptable.

How much should I tip in Portugal?

Tipping is a little more common in Portugal than in other European countries, and you may find it closer to UK standards – particularly in the touristy areas such as Lisbon and the Algarve.

Restaurants – 10%
Hotels – tipping is common from tourists but isn’t expected. €1-2 per bag and €1-2 a night for housekeeping.
Taxis – it’s not common to tip taxi drivers in Portugal – but you can round up the fare to the nearest €5 for good service.
Tours – €5 per person per day

How much should I tip in Italy?

Tipping isn’t expected in Italy, but is appreciated. Sometimes, servers will refuse a tip at first in order to be polite – so always insist!

Restaurants – round up the bill, or add 10% for very good service.
Hotels – €1-2 per bag and €1 a night for housekeeping should be sufficient, but tips are not expected.
Taxis – not expected or common.
Tours – €5 for half a day, €10 for a full day.

How much should I tip in Egypt?

In Egypt, as in many Middle Eastern cultures, tipping is ingrained in the national culture. A gratuity is known as baksheesh, and tips are expected for most service workers.

Restaurants – 10%. If you see a ‘service charge’ on your bill, this goes to the restaurant rather than the waiter, so you need to tip in addition to this charge.
Hotels – 3-5 LE per bag and 5-10 LE per night for housekeeping.
Taxis – don’t tip
Tours – 50 LE per day

How much should I tip on a cruise?

This may vary depending on the cruise company. Thankfully, most cruise operators will have a section on their website or brochure to clarify. If you’re not sure, you can always ask the agent you booked through.

Some luxury cruise companies, such as Silversea, now have tips built into the fare, so you don’t have to tip at all.
Auto Gratuities – Most cruises will automatically add gratuities to your bill at a rate of around $10 to $12 per day per passenger. These cover all staff, including the dining room waiters, and are settled at the end of the cruise. You’re free to tip individuals in cash if you want to reward particularly good service.
Bartenders – 15% (usually added automatically to your bill)
Porters – $1-2 per bag

When is it offensive to tip?

There are many countries around the world where it isn’t customary to tip, and in some it’s even seen as offensive to tip. Here are a few places you should avoid tipping.

Japan – tipping is generally considered rude in Japan, and should be avoided.
China – there’s still largely a no-tipping culture in China, as it was actually against the law for many decades. Hotels and restaurants catering largely to foreign tourists may be an exception.
Russia – during the Soviet Era, tipping was seen as a means of belittling the working classes and became a big no-no. It began to make a comeback a couple of decades ago, but use your best judgement to avoid offending anyone.
Hong Kong – as in Japan, tipping can be seen as insulting in Hong Kong and is certainly not common.

Before travelling, take the time to research the tipping practices for your destination.

Most travel guides will include a section on tipping, which can help you avoid causing any insult, tipping too much, or underpaying your service staff.