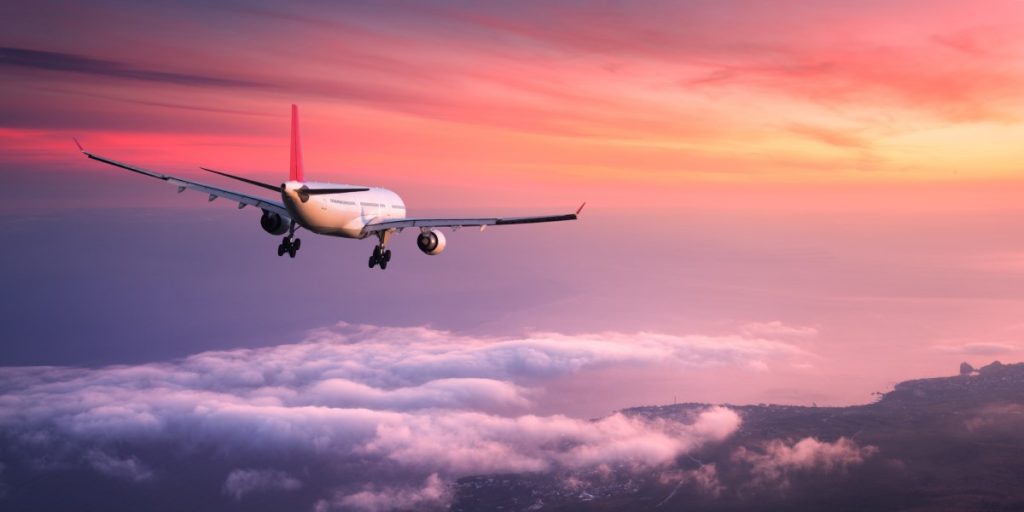 The way we travel the world has changed a lot in the past 20 years. From more accessible worldwide destinations to cheaper short-haul flights, the changing landscape of travel has had an impact on our attitudes to travelling.

As we specialise in travel insurance for more ‘seasoned travellers’ with health conditions, we took a look to find out how travel has changed over the past 20 years for those over 65.

Our findings suggest more over 65s are travelling than ever before. They’re booking their holidays themselves and travelling to new places. But the biggest worry that could be holding people back from travel? It’s money.

Discover more about our findings below…

Unfortunately, some people feel held back from joining their globe-trotting compatriots. Over 65s make up 23% of the EU population, but only account for 18% of tourists (2). Mature travellers across Europe give a variety of reasons for not travelling, and research shows that among those living in the UK, the main worries come down to money.

Looking across Europe as a whole, we see how priorities for over 65s shift from country-to-country. We’ve focused here on the three most-cited reasons for not travelling given by people living in the four biggest EU countries (France, Spain, Germany, Italy), and three developing European economies (Bulgaria, Hungary and Greece), in a like-for-like comparison with the UK.

Out of the 27 other countries in Europe, over 65s in Bulgaria, Greece and Hungary were the only ones who said costs were the biggest barrier to international travel (1), with those across the rest of the continent generally more concerned about their health than their finances.

People in some countries simply don’t feel the wanderlust like their peers around Europe. Over 65s in Belgium, Sweden, Norway and Portugal (1) were the only ones to say a ‘lack of interest’ was their main reason for not travelling abroad, suggesting how happy they must be where they are!

Interestingly, Brits were the least worried about travelling with health issues (only 12%) (1).

Our own OnePulse survey of over a thousand people revealed an overwhelming recognition that travel insurance costs were a worry for mature travellers, especially those with existing medical conditions – an awareness that increased with age. Among those aged 65 or over, 85% of people were concerned about the cost of travel insurance.

While many younger people (aged 18-20) thought the cost of accommodation might also be an issue for over 65s, the vast majority of younger people (75%) recognised the cost of travel insurance as the biggest concern when it came to deciding on a holiday abroad.

This figure was echoed by people aged 25-34, rising to 80% among those aged 35-54 and 83% for those 55 and over, while worries about the cost of accommodation and currency exchange dwindled in comparison.

As we get older, we increasingly realise how our future conditions might affect the cost of our health travel insurance.

“Our findings suggest that the cost of travel insurance is one of the biggest financial worries when it comes to making our retirement travel plans a reality.

“It’s true that travel insurance does get more expensive as we get older as the risk of something going wrong increases. We’ve all heard stories of people risking their life savings and losing their homes over the cost of emergency medical treatment abroad when they haven’t covered themselves properly.

“Having reassurance and trusting your travel insurance can feel priceless in comparison to the cost.”

Worries over costs for travel insurance, among other things, has inevitably led to changes in how those aged 65 and over organise their holidays abroad. Many enterprising mature travellers are looking to save money by moving away from the traditional package-based holiday and booking their own travel, accommodation and plans independently.

What might come as a surprise are the changes in figures for jet-setting over 65s. In 2018, mature travellers outnumbered younger holidaymakers by around 100,000, with just over 4.54M (almost 60%) of them booking their time abroad independently – just over double the number in 1998.

Wherever people are choosing to holiday abroad, this change in habits is likely caused by the natural desire to make your money go further. In our OnePulse survey of over 1,000 people, we asked: What offers the best value for money when booking flights and hotels?

Nearly 3 out of 4 people overall agreed that booking your own flights and accommodation offers better value for money than package deals from tour operators.

However, with those aged 55 and over, the number was significantly lower – 64% (and just 56% among males) – suggesting mature travellers may place a higher value on service and convenience, compared to their younger counterparts.

“Buying a package holiday can feel like a safe, less-risky choice for holidays where all the finer details are taken care of. Plus, the recent collapse of Thomas Cook has also highlighted how choosing a package holiday gives you added protection through ATOL, should your travel company collapse.

“But if you do prefer to book your holiday independently, then buying your holiday on your credit card can give you extra financial protection. You can also make sure your travel insurance covers the collapse of holiday companies by checking if it has ‘End Supplier Failure’ as this won’t be covered as standard.”

When thinking of travels abroad, we’re not just looking at holidays to exotic locations. Short, inexpensive trips to France, Belgium and Holland also feature on our radar.

More over 65s discovering hidden gems of Bulgaria and Romania

France, Spain, Italy and Portugal have traditionally been the most popular destinations for overseas travel by Brits aged over 65, and still remain so. As international travel has increased in general in the past 20 years, the number of visits to these places has also risen in line, by an average of around 200%(3).

However, their popularity and affordability have made new destinations across Europe attractive to over 65s. When looking for a cheaper alternative to the more favoured holiday destinations, countries in Eastern Europe can offer the same climate, history and scenery at a fraction of the price.

In the last 20 years, visits to Romania by UK travellers aged over 65 has jumped by an enormous amount – 2120%! Similarly, Bulgaria has seen a leap of 1398% during the same time(3). If this trend continues, they will rival some of the mainstream destinations such as Spain and France, within the next 20 years.

But it has to be said, right now Spain, France and Italy still hold the crown when it comes to destinations for over 65s, with a total of around 3.78M visits between them – more than the total visits for the rest of the world combined! (3)

So, with mature travellers appearing to endorse familiar, well-tested European destinations as a safe bet, do they still feel the need to get travel insurance for their stay?

However, if we split the results by age group, we get a different story. Among younger travellers aged 18-20, just 45% said they would buy insurance, while at the other end of the spectrum, 60% of people aged 65 or over would take out a policy.

Surprisingly, among the over 65s there was quite a big difference between men (87.5%) and women (41.7%) saying they would get insurance. The group most likely to buy travel insurance was among those aged 55-64, at 62.5%. There was an interesting dip to 50% in the 45-54 age group – which may suggest many of them have never encountered a problem and feel falsely confident they could handle anything that might arise.

These figures become even more interesting when we cross-check them against people who prefer package holidays. Of those who felt package holidays provided better value for money, 62% said they would buy travel insurance for a day trip to France, while the figure among people who booked independently was 52%.

Those who chose a safe package option for their holidays seem to be risk-averse in general, as they also indicated they were more likely to take out travel insurance for their hop across the English Channel.

How you can protect your travel plans as a mature traveller

Wherever you go abroad, you should have reassurance in case the unexpected happens. Even if you’re just taking a cheap day trip to France, you still need travel insurance.

“No matter how long or how far you’re travelling, it’s important to make sure that you and your plans are covered with travel insurance.

“Accidents can happen to anyone, at any time, and without adequate cover people could be leaving themselves unprotected. Thankfully, our study suggests that as we get older, we understand the risks a bit more and are more likely to protect ourselves, even for day trips to France.”

Our OnePulse study had 1,001 UK respondents, aged 18+ (no upper age limit) OnePulse commissioned survey ‘Do you travel abroad’. OnePulse is owned by Startpulsing Ltd and acts as a ‘data exporter’. 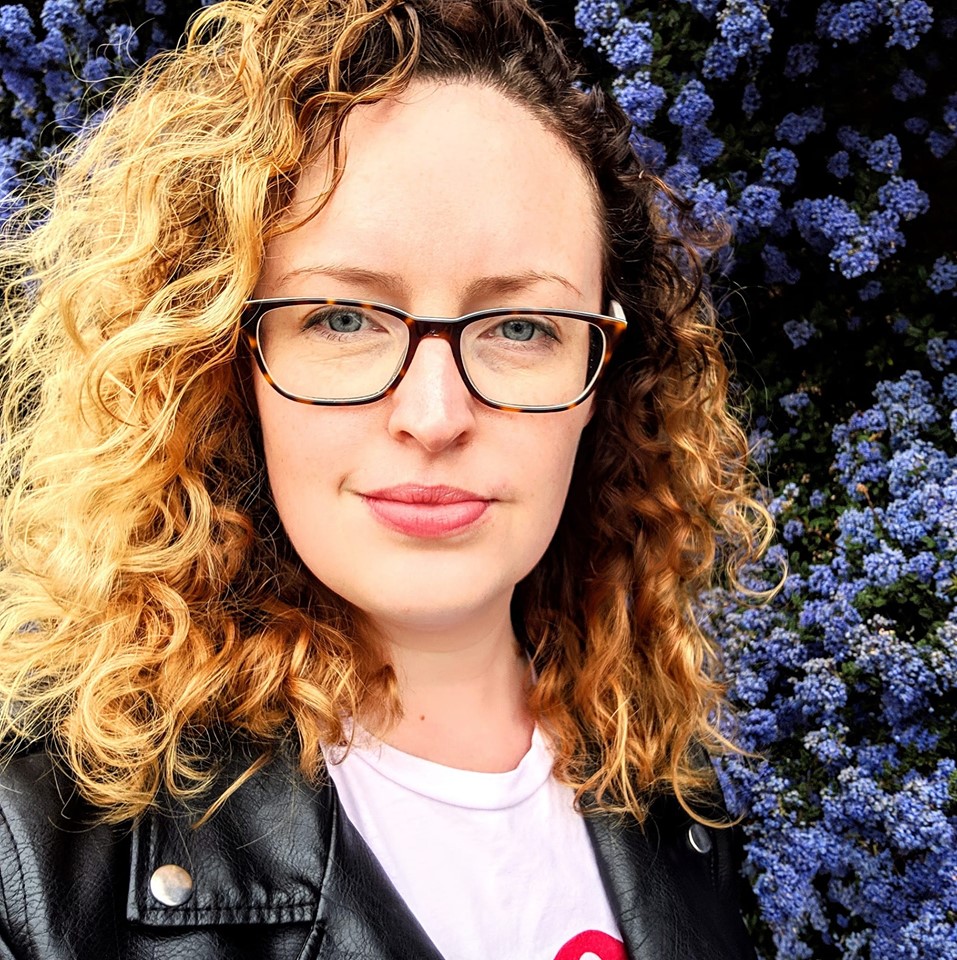 Kelly Johnstone is Avanti’s Head of Content. She’s known for a love of tea and shares data-driven and breaking travel news.