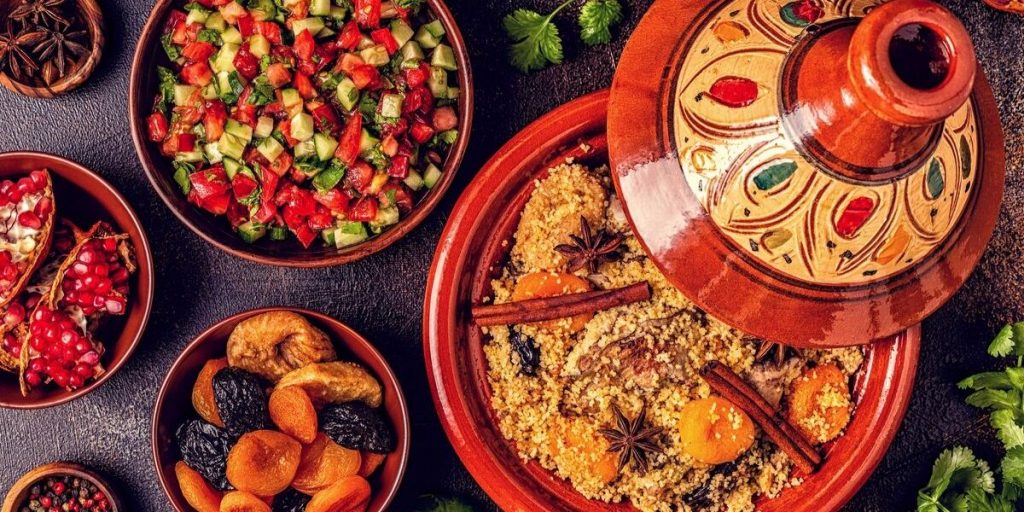 Food and travel go hand in hand. Eating and drinking your way around a new destination is an enjoyable way to experience it, and you’ll get a great insight into the local culture as you do.

If you’re a fan of food travel, these 14 destinations should be firmly on your bucket list. Bring your appetite along with you…

If there is one food that’s synonymous with the USA, it’s hamburgers. You’ll find them all over the country, from fast food establishments to fancy restaurants. But true aficionados should visit Louis Lunch in New Haven, Connecticut, which is recognised by the Library of Congress as the birthplace of hamburgers.

You can’t have a foodie bucket list without talking about Italian food, and pizza is definitely one of the most famous dishes. Head to Naples, the birthplace of pizza, to discover the dish in its true form!

Sushi lovers should not miss a visit to Osaka in Japan.

The city is a hotspot for foodies, and its coastal location means amazing seafood. While you’re there, be sure to try Osaka’s signature dishes as well. Takoyaki are small balls of batter filled with octopus, while okonomiyaki is a kind of omelette-pancake, usually cooked at your table on a hot plate.

Although incredible tapas can be found all over Spain, Seville is considered one of the best cities for it. Take a tapas bar crawl through the city and eat your way through some amazing tapas dishes. Don’t miss El Rinconcillo, the oldest tapas bar in Seville that opened in 1670!

From kebab skewers and French-inspired pastries, to snail soup and sheep’s head, a food tour of Marrakech can be an eye-opening experience. Adventurous eaters should try some of the city’s more unique dishes, but there are plenty of less experimental things to try too. The national dish is tagine, a kind of stew cooked in an earthenware pot and served with couscous.

Georgian cuisine isn’t incredibly well-known, but it is a must for food lovers. Especially fans of wine and cheese! The country’s signature dish is Khachapuri, a cheese-filled bread boat that’s wickedly decadent!

India needs to be on every foodie’s bucket list. One city that’s really known for its cuisine is Jaipur. Don’t miss your chance to try thali, tikka, and lassi – and be sure to taste the fiery Rajasthani curry laal maans while you’re in the region, too.

Last year, three of the World’s 50 Best Restaurants were in Lima – putting this incredible city firmly on the foodie hot-list. From fresh seafood and tangy ceviche, to roasted guinea pig and healthy quinoa, Peruvian cuisine is packed with tasty, exotic flavours. A definite must for food lovers.

Thailand is world-famous for its incredible cuisine, especially the street food. While Bangkok is still the more famous foodie destination, Chiang Mai in the north of the country is fast emerging as a street food mecca.
Don’t miss the famous Khao Kha Moo Chang Phueak stall in the old city – the iconic dish is served by a local chef who always wears a distinctive cowboy hat.

Copenhagen is the home of Noma, which was voted best restaurant in the world by Restaurant magazine four years in a row. It’s also home to one of the most exciting, fast-evolving food scenes in Europe, and deserve a spot on every foodie bucket list. Don’t forget to try a cinnamon roll (kanelsnegl) while you’re in the city; Denmark is the birthplace of this tasty treat!

Bologna is considered one of the best cities in Italy for food, and even gave its name to the famous Bolognese sauce. In Bologna, the sauce is called ragu and is actually served with tagliatelle rather than spaghetti. An absolute must-try if you’re a foodie traveller.

Vietnam is world-famous for its incredible, varied cuisine. The most iconic dish is pho – which can be eaten all over the country. But Hanoi is a great starting point for discovering Vietnamese food. Don’t miss banh mi, spring rolls, and Vietnamese drip coffee while you’re there.

Mexico is another destination that needs to be on every food-lover’s list, and if you’re looking for distinctive, delicious cuisine then Oaxaca is the city to head to. You can get all your favourite Mexican specialities, like tacos, mezcal, and enchiladas. But Oaxaca also has some really unique regional specialities to try, such as mole (a dark, spicy sauce containing chocolate), stuffed peppers, and tlayudas – which are a cross between a taco and a pizza.

Tucked between some of South Africa’s best wine regions, Cape Town is the perfect destination for foodies. There’s great wine, seafood so good the city holds an annual Oyster Festival, and, of course, braai. South African Barbecue, known in Afrikaans as “braai”, is the country’s signature food and is a must-try when you visit!