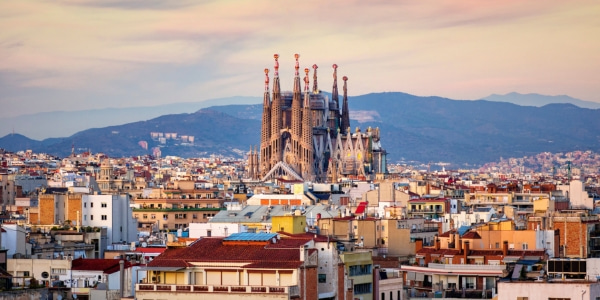 Through his novels, Dan Brown provides real insights into the places his stories are set, inspiring many to visit the places in his books, including Angels & Demons set in Rome and Florence featured in Inferno.

His latest book, Origin, was released in 2017 and is set entirely in Spain.

Here’s a look at some of the incredible locations featured, with must-visit places…

Origin begins with a meeting between Edmond Kirsch – a rich futurist, and a group of religious leaders in the library of Montserrat Monastery.

Kirsch informs the religious leaders of a discovery he has made which will shake people’s faith to their core. Montserrat Monastery is set in a spectacular mountain range 1200 metres high around 45 kilometres northwest of Barcelona, it can easily be visited in a day trip from Barcelona. The Monastery has breath-taking views of the whole city.

Next on the list was the Guggenheim Museum, Bilbao, a museum of modern art. Robert Langdon of Brown’s novels makes his appearance here, having been invited by Edmond Kirsch, one of his former students and friend, to the unveiling of his incredible discovery being live-streamed across the world.

Bilbao is a forward thinking, vibrant city in the Basque region of Spain which has its own strong sense of identity.

The Guggenheim Museum is a striking building, a work of art in its own right. As you approach the building a fog is produced around you and the building itself becomes a part of the art. Bilbao has some great events including brilliant music festivals. A visit here is a fun filled experience, especially for those who are lovers of art.

In Origin, suspicion falls on the Spanish royal family and their religious advisor Bishop Valdespino, based at the Royal Palace in Madrid.
There are a thousand reasons to visit the Spanish capital: spectacular museums housing priceless masterpieces, the incredible food and a legendary nightlife rated as the best in Europe where people party till the sun rises.

The Royal Palace can be visited for 11-13 Euros including the art collection and any temporary exhibitions. Concerts are also held here in the grounds from time to time. The palace is located at the Plaza de Oriente, opposite the striking Catedral de la Almudena which also has its own museum.

Robert Langdon heads to Edmond Kirsch’s hometown in an attempt to track down his secret. His enquiries lead him to Gaudi’s masterpiece, the incredible cathedral Sagrada Familia.
No visit is complete without setting your eyes on the towering spires of this dream like creation. Queues can be ginormous here, you’ve got to arrive first thing before opening time to stand a chance of avoiding the queues!

Spain is the ideal holiday location for any fan of Dan Brown’s work, particularly his most recent release, Origin. If you’re looking for a summer read and haven’t yet ventured in the direction of the historical, religious thriller, Origin is a great place to start. Not only does Dan Brown craft gripping stories, his choice of locations serve as great travel inspiration! 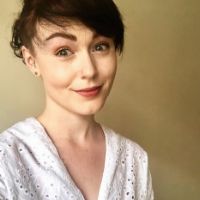 Lucy Hancock is Avanti Travel Insurance's Content Executive. As a specialist travel insurance provider, we aim to keep up-to-date with travel trends, all while offering tips on how to make the most of your holiday. Lucy travelled across Europe with Interrail in 2017, and her favourite destination was Budapest. She likes big books, big words and the colour yellow.