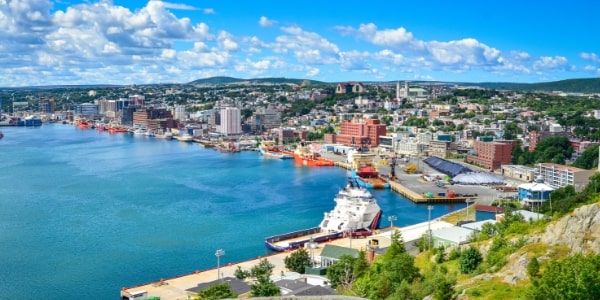 Planning a summer trip? We’ve rounded up some of the best places to travel in August to help get you inspired.

Whether you’re looking for a British staycation, a cultural festival, or just a nice quiet beach to relax on, we have you covered!

Dates to be aware of:

If you don’t want to pay summer holiday prices, try to avoid popular family travel destinations. Head somewhere off the beaten track instead, and you’ll be rewarded with lower prices and fewer crowds.

Edinburgh, Scotland
Throughout August, Edinburgh is taken over by festival fever. There’s the well-known Fringe Festival (2 – 26 Aug 2019), which is all about comedy, performance and alternative arts. The Edinburgh International Festival runs at the same time, and it’s a bit more high-brow, with plays, opera, concerts, and more running across the city.

At the same time, you also have the Edinburgh Art Festival (25 Jul – 25 Aug 2019), and the International Book Festival (10 – 26 Aug 2019). To top it all off, the spectacular Edinburgh Military Tattoo runs at the castle every night (2 – 24 Aug 2019), with incredible performances from military bands around the world.

Devon and Dorset
For sunshine, beaches and great seafood, you can’t go wrong with a trip to the south coast of England.
While Cornwall tends to be the more popular staycation spot, Devon and Dorset boast just as many attractions. From cliff walks along the stunning Jurassic Coast, to lazing on beaches or exploring the picturesque British countryside, there’s plenty to keep you busy in this region. Read our mini guide to Dorset for more information.

For Wildlife and Nature:

Newfoundland, Canada
Newfoundland is perfect if you’re looking for an off the beaten track adventure. It’s temperate and uncrowded during the summer.

July and August is also the season for whale watching, with 5,000-10,000 humpback whales arriving to feed. Following them are a further 21 species of whales and dolphins, and an incredible 35 million seabirds. So grab your binoculars and get out there!

Isla Holbox, Mexico
Speaking of marine life, August is also the season for whale sharks off the coast of Mexico’s Yucatan Peninsula. On Isla Holbox – which is fast becoming one of the region’s trendiest travel destinations – you can book boat tours to swim with the majestic animals. At around 40 feet long, whale sharks are the largest fish in the sea, so the August breeding season is a truly spectacular sight!

Vorarlberg, Austria
If it’s nature and mountains you seek, head to the alpine region of Vorarlberg in Austria.

Summertime in the Alps is a joy, as the melted snow reveals bright blue glacial lakes and meadows dotted with colourful wildflowers.

Hike the region’s many trails (there are some to suit all abilities), or explore the food and culture of the pretty towns like Lech or Bregenzerwald. The more adventurous might enjoy the numerous mountain bike trails, while the town of Brand is perfect for families thanks to many child-friendly activities, like horse-riding lessons. Don’t miss the annual Bregenz Opera Festival (17 Jul – 18 Aug 2019), on the shores of Lake Constance.

Read more in our guide to Lake Constance.

Llanes, Spain
The south of Spain attracts no end of British tourists. But head to the northern coast and you may well find a beach all to yourself. Flights to Santander and Bilbao tend to be cheaper than the more popular Spanish resorts, too – so this is the perfect off the beaten track Spanish adventure!

The regions of Asturias and Cantabria in particular boast some stunning beaches. You’ll also find picturesque fishing villages, dramatic rocky coastlines, and some of the best seafood in Spain. Head to Llanes for some of the nicest beaches in the area. A short cliff walk or bike ride will lead you to some fairly deserted spots!

For Culture and Festivals:

Maine, USA
Fans of all things Americana should head to New England for the American Folk Festival in Maine (23 – 25 Aug 2019). Ethnic food, traditional craft demonstrations, and performances by a variety of folk musicians are the perfect way to delve into New England’s culture.

Since autumn and the winter ski season tend to be the busy seasons in Maine, summer is actually a perfect time to go. With temperatures in the early- to mid-thirties, this is a great time to enjoy the state’s rocky coastline and peaceful beaches.

Florence, Italy
Florence is a joy to explore at any time of year. But at the end of August, it’s also the perfect destination for fans of classical music.

The New Generation Festival (28 – 31 Aug 2019) is held within the fabulous Corsini Gardens, in the shadow of the stunning 17th century Palazzo Corsini. Elegant lemon orchards and wooded groves create the perfect setting for a variety of concerts and other performances.