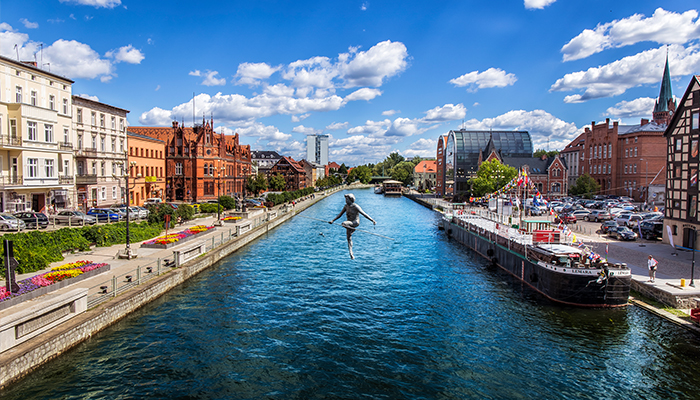 For the untrained tongue, Bydgoszcz is very difficult to pronounce and sends the spellchecker into meltdown. Pronouncing it “Bid-gosh” seems to be recognised by nearly everyone but it sounds slightly different when said by a native of the city.

Sweden, Prussia, Germany and the communists have all occupied Bydgoszcz. All have left their mark on the city, which has, despite this, retained much of its unique identity.

Being a compact city it is easy to explore on foot, so here then are six of the best things to do during your weekend away in Bydgoszcz.

1. Visit the Cathedral of St. Martin’s and St. Nicholas

Built in the 15th century, this is the oldest Catholic Church in Bydgoszcz and has a remarkable exterior in the Red Brick Neo-Gothic style. It is, however, the interior that is truly stunning. The combination of bright colours added in the 1920s, the Gothic architecture and the flamboyant Baroque altar are a visual feast. 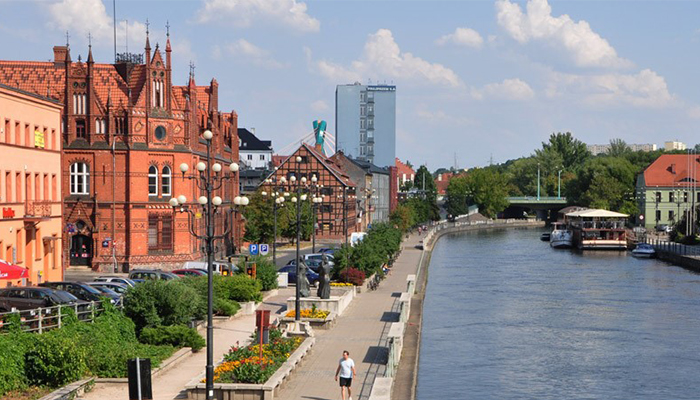 2. Stroll or boat along the river

The River Brda runs through the centre of Bydgoszcz and past many historic buildings, including the Post Office and Lloyds Mansion. The Post Office was built under Prussian rule and is a notable example of the red brick neo-gothic architectural style. Across the river is Lloyd’s Mansion, once the offices of Lloyds of London, the famous London shipping insurers.

Important land and river trade routes met at Bydgoszcz where grain, salt, honey, wine and beer needed to be stored. The city became famous for its half timbered warehouses and granaries along the river. Today they have been converted into restaurants, bars, museums and art houses. 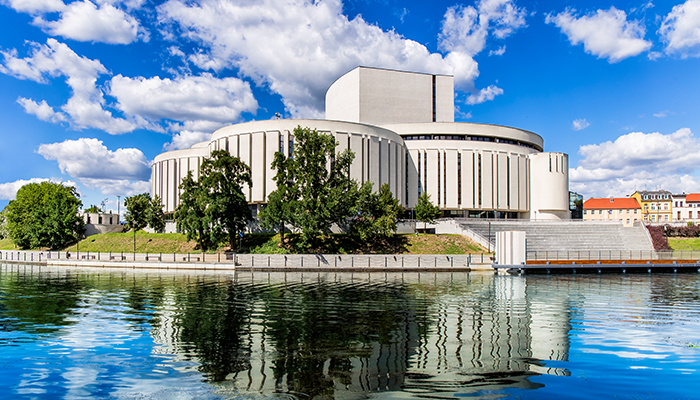 Bydgoszcz has a theatrical heritage that stretches back to the 16th century. A visit to the Opera House, home of Opera Nova, to see a world-class performance should be on any culture vulture’s list. If you happen to be travelling on a budget, you might be interested to know that free recitals often take place in the small amphitheatre just below the Opera House.

4. Visit a museum or two

Wyspa Młyńska, or Mill Island, formed by the Brda River and the Bydgoszcz Canal is the recreational and cultural district of the city. The Museum of Modern Art is undoubtedly the highlight of the area and presents the trends in Polish art of the 20th Century.

5. Check out the art on the street

Wander around the city and discover the street art of Bydgoszcz. As well as painted murals look out for the three-dimensional works too. Hanging above the River Brda is the sculpture, “Crossing the River”, which commemorates Poland’s joining the EU. The statue is perfectly balanced on a high wire using lead counterweights inside the sculpture. 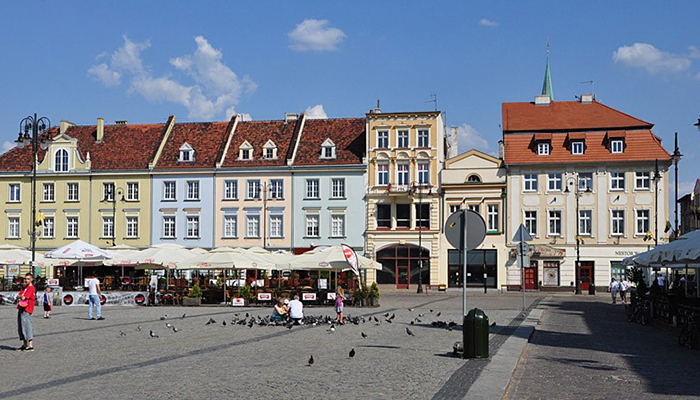 6. Take a coffee in the Old Market Square

Stary Rynek or Old Market Square is the centre of social life in Bydgoszcz and is a great place to have a coffee in one of the pavement cafes, watch the world go by and admire the pastel frontages that surround the square.

With riverside and canal side paths, plenty of green space and old mills and granaries Bydgoszcz is a great place to visit now before it is ‘discovered’ by those wanting to move away from touristy Krakow, Warsaw or Katowice.