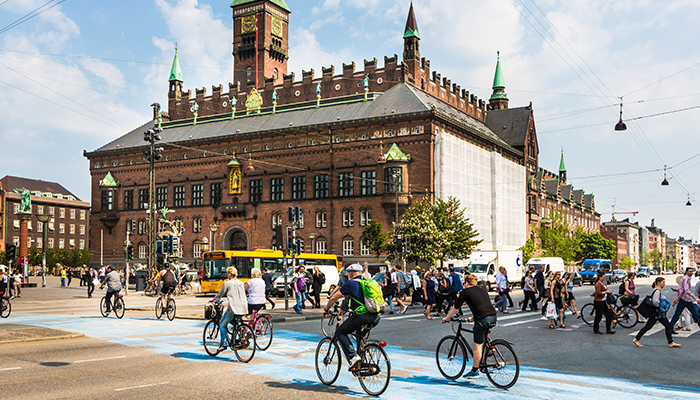 Cycling is becoming a far more popular and affordable way to travel, especially in European cities.

City planners are realising the benefits of this environmentally friendly mode of transport and are providing cycle-paths, plenty of cycle-parking facilities, bike hire and bike-friendly public transport.

Here are some of Europe’s best cities to explore on two wheels.

The Danish capital has been at the forefront of making a cycle-friendly city . They have been so successful that city planners have adopted the word, “Copenhagenization”, defined as urban planning and design with the purpose of encouraging cycling.

Dedicated cycle routes through the city make it the most efficient way of seeing all the sights from the Little Mermaid to Nyhavn. You’ll find docking stations dotted all around the city, making it easy to hop-on and off if something interesting catches your eye. 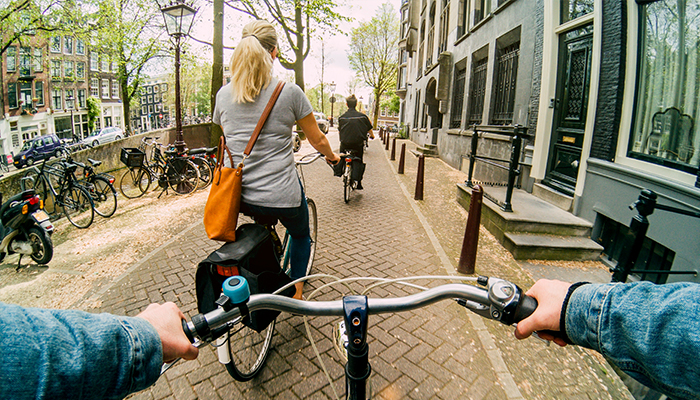 Perhaps the most well-known cycle-friendly city is Amsterdam. With a nation committed to cycling and a city full of canals and narrow twisting 17th-century streets, it is hardly surprising that most people in Amsterdam favour bicycles to get around.

All the main sights are easily reached and using a bike to get around is both quicker and cheaper than public transport. Riding alongside the many canals of Amsterdam is the best way to see the city and meet with locals who are also pedalling along too. 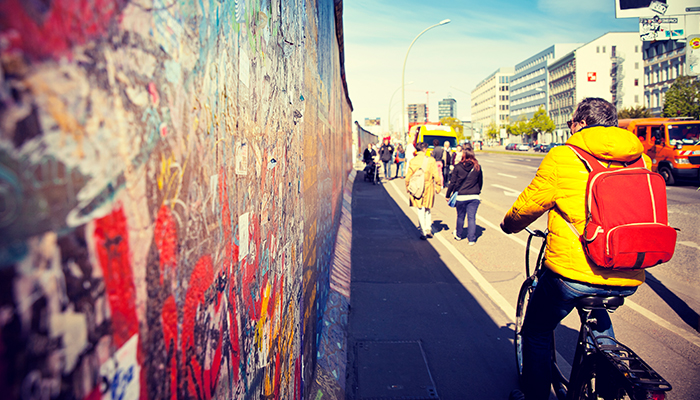 Berlin is a large city so travelling by bike is ideal for visiting the tourist hotspots which are spread out across the capital.  The city is blessed with plenty of parks and green spaces where cycling is permitted and several hundred kilometres of dedicated cycling paths.

Exploring the diverse neighbourhoods of Berlin by bike gives you a sense of the character of each area that you would miss on a tour bus or train. Cycle through the Tiergarten to the Brandenburg Gate and on to Alexanderplatz to get a real feel for the city. There are several marked tours around the city – the Berliner Mauerweg (Berlin Wall Route) being the most memorable. This 6km route takes visitors through the city centre passing what’s left of the wall, memorials and old watchtowers. 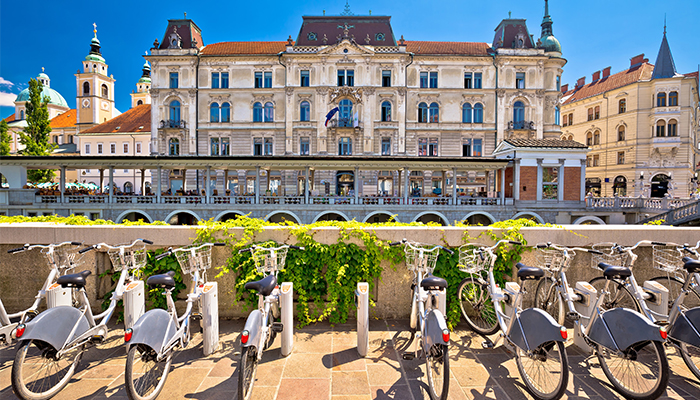 Slovenia’s boutique capital, Ljubljana, was awarded the European Green Capital Award in 2016 with being ‘cycle-friendly’ a major contributing factor. For a compact city and a population of just 300,000, the 230km of cycle paths is impressive.

For visitors there are several themed routes that explore different aspects of the city. The Plečnik Route takes you past many of the city architect’s buildings and monuments, whilst the Lubljanica Route follows the river of the same name across the city.

Seville is the new kid on the block. In the space of 10 years, the city planners have transformed the city with cyclists in mind.

Seville has an astonishingly rich architectural heritage in its Old Town that is best explored on two-wheels. A Moorish fort, Baroque churches and the magnificent Gothic cathedral are just a few of the highlights. However, it is the tapas scene for which the city is renowned – Seville claims  to have invented them so touring the tapas bars is a must.

Home to many of the European Union’s institutions, the city of Strasbourg is the number one cycle-friendly city of France. The Old Town with its half-timbered houses and flower-bedecked balconies is virtually car-free so easily explored by bike.

Like Amsterdam, the city has numerous canals and like Berlin, there is a plentiful supply of public parks where cycling is allowed. 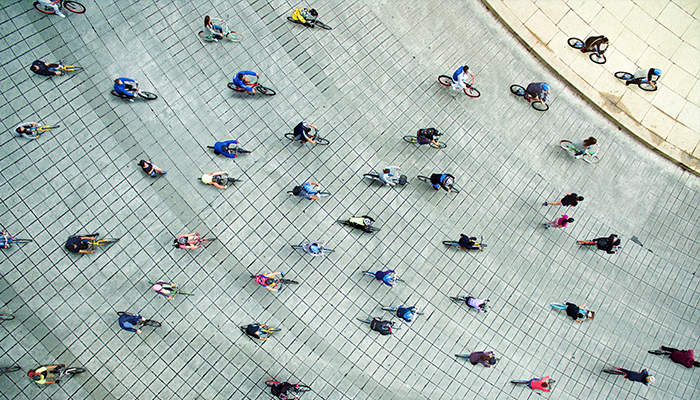 Other cities worth a mention:

No doubt there are others. Feel free to tell us your favourite cycle-friendly city!